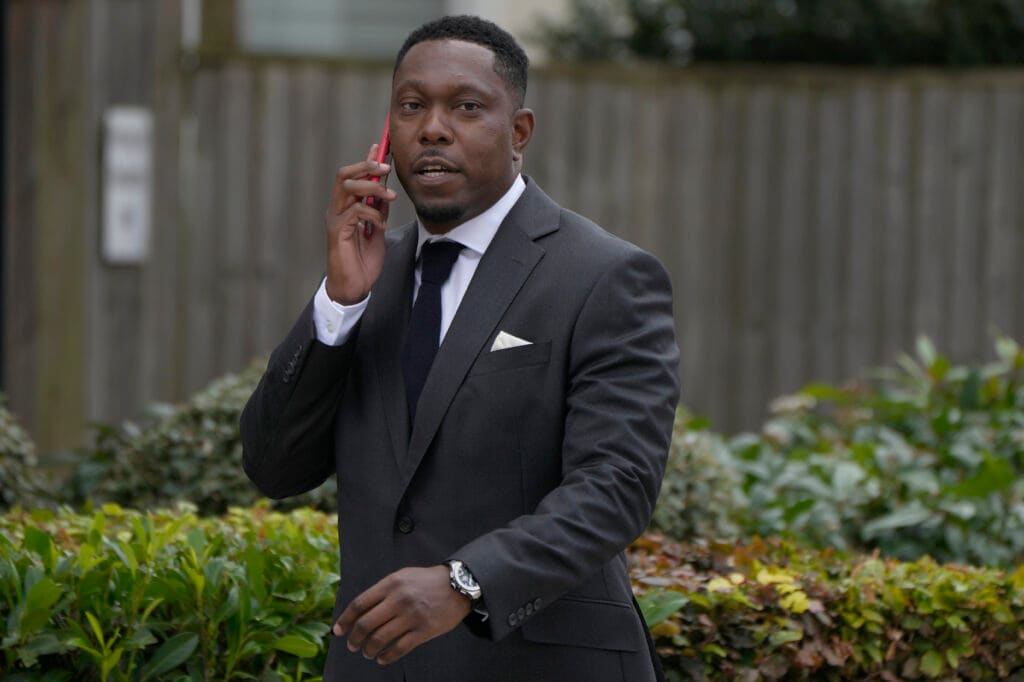 The musician was convicted last month of head-butting Cassandra Jones at a home in south London in June.

LONDON (AP) — British rapper Dizzee Rascal was sentenced Friday to a curfew and a restraining order for assaulting his former fiancée.

A judge at Croydon Magistrates’ Court in south London told the musician he must observe a 24-week curfew and wear an electronic tag. The judge also imposed a 12-month restraining order on the 37-year-old musician, whose full name is Dylan Kwabena Mills.

The musician was convicted last month of head-butting Cassandra Jones at a home in south London in June. Prosecutors said he pressed his forehead against hers and pushing her to the ground during a “chaotic” argument over money and custody arrangements for their two children.

When police, called by neighbors, arrived, Mills said “I’m the aggressor,” but later gave a prepared statement in a police interview, denying the allegations and claiming Jones had assaulted him.

Sentencing Mills on Friday, District judge Polly Gledhill said she wanted him to work on how he thinks and behaves, as he “lost his temper and used violence.”

She told the rapper he had shown “no remorse for this matter” and “you continue to place the blame on Ms. Jones — the victim in this case.”

Dizzee Rascal released his debut album, “Boy in Da Corner,” in 2003 and was among the first breakout stars from the distinctly British genre of hip-hop known as grime. His hits include “Bonkers” and “Dance Wiv Me.”