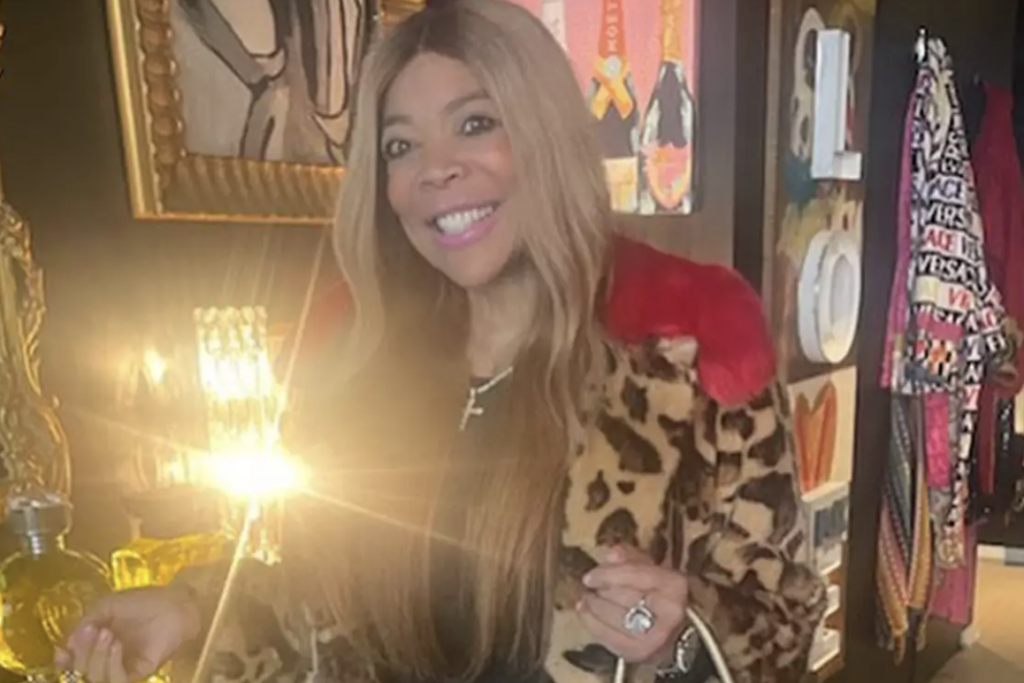 The 57-year-old television personality stepped out in style on Wednesday in a stylish cheetah-themed ensemble, according to a post shared on her Instagram page.

In the photo, captioned “Ready ?,” Williams appears in a black dress spruced up with a large cheetah-print coat and a Louis Vuitton bag with cheetah-print cloth lining the top and bottom.

The cheetah-print coat came with a bright red collar, offering a pop of color to the outfit.

Williams’ latest Instagram post comes three weeks after the talk show host told Good Morning America about her plan to return to The Wendy Williams Show, which is set to end after over a decade on the air.

“I’m going to be back on the Wendy show,” she said during her March interview. “Bigger and brighter than ever.”

On Feb. 4, Williams filed a letter to the court, obtained by PEOPLE, claiming Wells Fargo has “denied [her] any access, whether online or otherwise, to her financial accounts, assets, and statements” for more than two weeks. According to her court filings, Williams’ former financial advisor, Lori Schiller, had advised that Williams “was of unsound mind.”

The documents stated that Wells Fargo had “several million dollars” of Williams’ funds in its possession at the time of filing. The bank said in its own court filing that it froze the funds because “Wells Fargo has strong reason to believe that [Williams] is the victim of undue influence and financial exploitation.” (It is unclear who or what Wells Fargo was referencing.)

But Williams has shown that she is determined to both regain access to her money and return to television.

“I want my money. This is not fair,” she said in an Instagram video on March 23, claiming that Schiller and Wells Fargo have a “guardianship petition about keeping [her] away from [her] money” and requesting that her funds be released.

Schiller and Wells Fargo declined to comment when reached by PEOPLE. Young did not immediately respond to PEOPLE’s request for comment.

Prior to her Instagram video, Williams told GMA in March that, if given the proper time to handle her business, she would be “comfortable enough” to continue hosting her show.

“I’m very comfortable. You know, my partners with the show — everybody’s ready,” she said. “Give me about three months. There are private things that I have to deal with and then I’ll be ready to come back and be free and ready to do my thing.”

Regarding her health, which has kept her off the show after she stepped away in 2021, Williams said she is doing “very well.”

Again — we wish Wendy the best in her recovery.