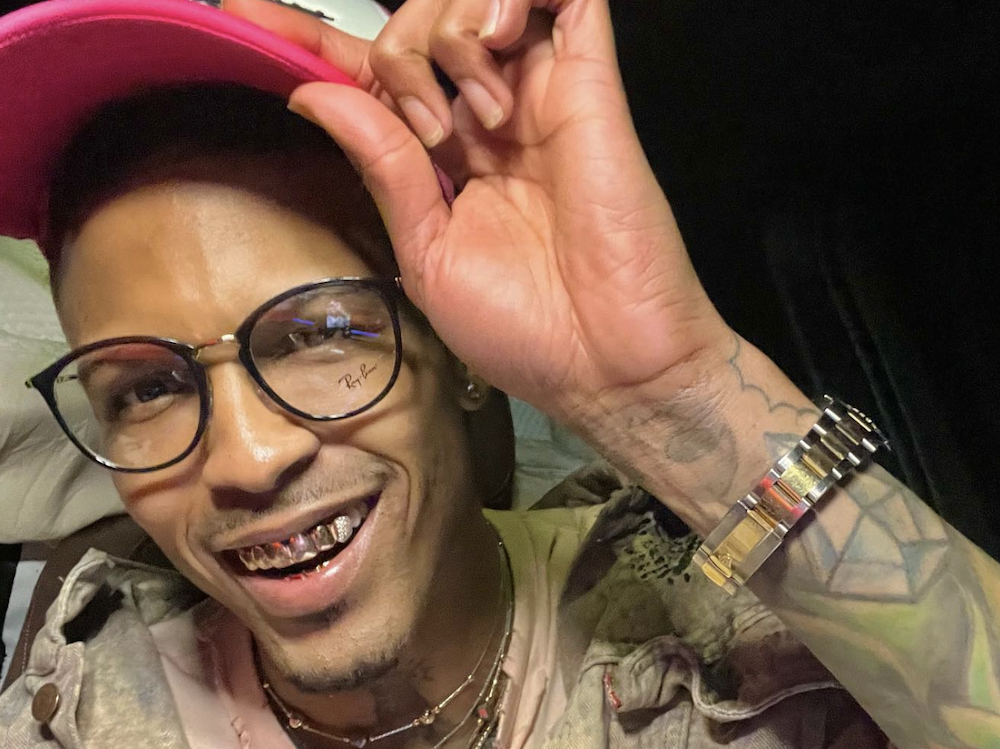 August Alsina is addressing rumors that he’s working on a “tell-all” book about his romance with Jada Pinkett Smith.

The musician previously found himself the center of attention after he said he was granted permission from Will Smith to pursue a romantic relationship with his wife, and despite initially denying the claims, Jada eventually admitted she had an “entanglement” with Alsina when she was 44 and he was 23. She said that he didn’t get Will’s permission, however, and that she and her husband were “separated amicably” at the time. Recently, rumors circulated that Alsina was planning to write a book about the romance, which he has now responded to in a statement.

“What would be the need to write a book about my supposed ‘sex life’ with ANYBODY, EVER, in life?” he wrote on Instagram. “When they’ve written several fantasies, hypotheticals & fictions based about me on wattapad. If you’re looking for that kind of entertainment, go read those! Read the book called ‘HOLY BIBLE’ while you’re at it too, for whomever created and believed these lies.”

“I’m just living my life, trying to create peace, from all the glass and broken pieces of hearts, in the life of my own and ones connected to me,” he continued. “Lastly, why would one look to make that ‘type’ of money, eating from the lowest of fruit, when God’s promise is GREAT HARVET? … I’m God’s very own, so HE makes me RICH! & not just in spirit. Be blessed.”

Earlier this month, Alsina released a song in which he appeared to address the romance. “Well, of course some shit is bound to go down when you tangled up with the world’s favorite,” he said on the song.

Following Will Smith’s Oscars controversy last month, Alsina shared an Instagram post in which he said he is choosing “Peace.” He wrote, ““Choose peace; trusting that life’s intricate puzzle pieces are all forming together for the greater good and the mastering of the seasonally sometime chaotic nature of your life’s art piece that’s being formed and painted by birthing life to your internal masterpiece.”

Lord — can we leave Will and Jada alone? We are TIRED.