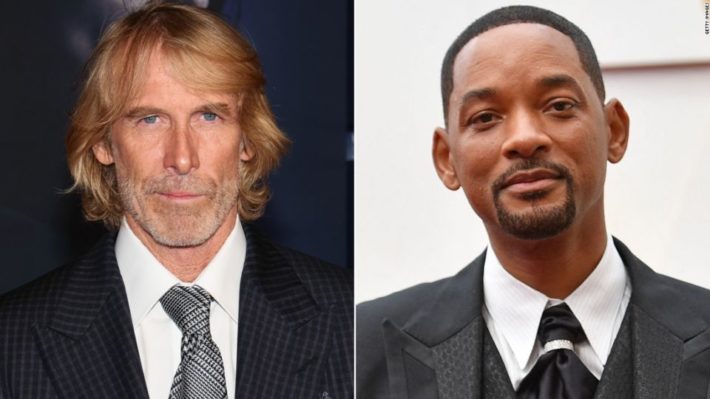 Director Michael Bay knows Will Smith from working with him on the first two “Bad Boys” films.

Will Smith’s film career really took off thanks to Michael Bay. The director’s debut feature was Bad Boys, which was only Smith’s fourth movie, and the first in which he was one of the leads. The two reunited almost a decade later for Bad Boys II. Though Bay didn’t helm the series’ threequel, it’s not like the two wouldn’t work together again — not even after Smith’s infamous, career-rattling Oscars slap.

Bay has a new movie in theaters, the bonkers thriller Ambulance, and he was inevitably asked, during a new interview with Entertainment Weekly, about the fiasco that took the Academy Awards in a shocking direction.

“At first, immediately I’m like, Did this just happen?” Bay told EW. “Then I saw the yell from Will. That’s a real Will yell. Will is an amazing fighter. He’s studied boxing.”

Bay said what Smith did was “wrong to do, no matter what.” But he doesn’t believe those who think Smith could have killed Chris Rock, whose joke about his wife, Jada Pinkett Smith, led to Smith’s slap. “No, a slap is different. A punch? Yeah, you can kill someone. Will gave him a slap,” he said. He also wondered why the slap has started to earn more press than the Russian invasion of Ukraine. “There are babies getting blown up by the hundreds right now and people are so concerned about this. I don’t know. To me, it’s just like, enough of it. All right, so a dramatic thing happened, but I just think we’ve got to get our priorities straight.

So perhaps if Bad Boys IV ever happens, which it now might not, Bay could always return to the franchsie.