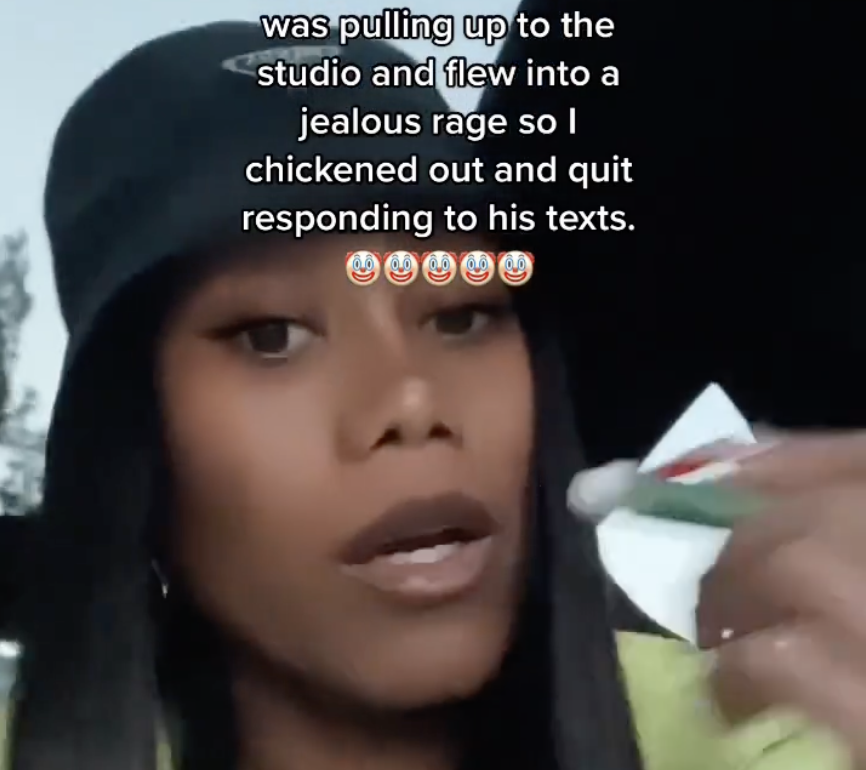 Muni Long, formerly known as Priscilla Renae, is blowing up TikTok right now with her hit “Hrs and Hrs.”

She’s been writing R&B hits for many of your favorite artists, but now she’s getting her time in the spotlight with “Hrs and Hrs” becoming the biggest hit of her career.

But did you know she almost lucked into a Drake feature a few years ago?

Amid her breakout year, Muni jumped on TikTok this week to take a trip down memory lane, where she opened up about a time when she turned down an opportunity to collaborate with Drake due to a then-boyfriend going into a “jealous rage.”

“That one time in 2008 I missed out on a Drake feature because my bf at the time found out he was pulling up to the studio and flew into a jealous rage so I chickened out and quit responding to his texts,” Muni captioned a video of her applying lipstick in the car.Long’s reveal arrives just a few months after she spoke about the first time her path crossed with Drake’s.

During an interview on Ebro Darden’s Apple Music 1 show in January, she detailed how she met the Toronto superstar after recording a version of his 2009 single “Best I Ever Had.”

“I recorded a cover of ‘Best I Ever Had’ where I like played it on guitar, sang it instead of rapped it,” she explained. “That went viral so much. So that Drake reached out to me. And he was like, ‘Yo, I love what you did with the song.’ He gave me his number, we’re talking. Mind you now, I’m just out of high school. You know?”

Muni continued, “And I was watching him on Degrassi when I was in middle school and high school. So I’m like, ‘Oh my God, this is Aubrey Graham. This is amazing! Wheelchair Jimmy.’ I remember talking to him back then, and he’s like, ‘Yeah, I’m an actor. I’m trying to get into music. I did this mixtape for Valentine’s Day. Didn’t really take it serious. People love it. I’m singing. Lil Wayne wants to sign me.’”

We’re not excusing her boyfriend’s behavior — but the universe works in mysterious ways. Her not linking with Drake at the time was probably for the best.

The post Muni Long Recalls Time She ‘Missed Out on a Drake Feature’ Due to a Boyfriend’s ‘Jealous Rage’ [Video] appeared first on LOVEBSCOTT.