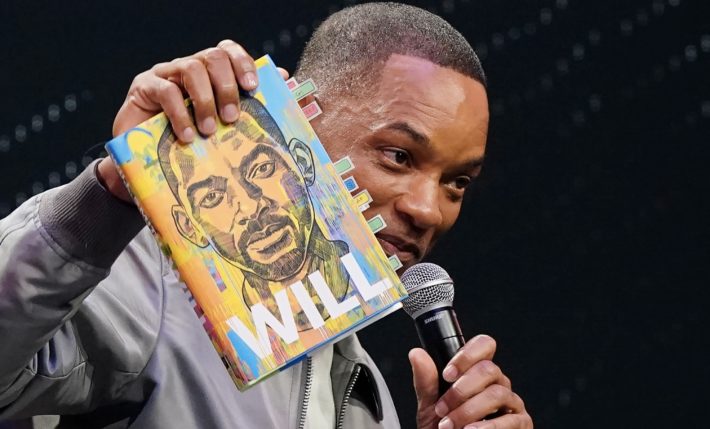 It appears “that slap” has had a ripple effect beyond Hollywood.

Sure, on Friday (April 8) the Academy banned Smith from its awards show and coinciding events for 10 years, and his movies have reportedly been pushed to the back burner. But fans, and Smith’s detractors have been eager to purchase his memoir since the slap.

According to Forbes, the new author’s memoir “WILL” has reached the best-seller charts once again. The outlet reports that “WILL,” which was released in November 2021, has climbed to the No. 73 spot on USA Today’s list of the Top 150 Best Selling Books. The placement marks the book’s third-best-selling week since its debut on the chart at No. 3.

In addition to returning to USA Today’s top 150 Best Selling Books, “WILL” has also jumped to No. 2 on The New York Times bestseller list. The book, which Smith co-wrote with “The Subtle Art of Not Giving a F*ck” author Mark Manson, had previously been in the No. 14 position on the Combined Print & E-Book Nonfiction list.

As REVOLT previously reported, Smith’s book reached a million copies sold at the beginning of February.

The multi-hyphenate took to Instagram to break the news and thank his followers.

“What’s up ya’ll? Aye, I just finished training. I literally just found out ‘WILL’ is at one million copies sold. Number one New York Times best seller, all thanks to ya’ll,” Smith said in a video on IG. “DAMN one WILLion copies Ha! Thanks everyone #willthebook,” he added in the caption.

According to Willthebook.com, “WILL” is “the product of a profound journey of self-knowledge, a reckoning with all that your will can get you and all that it can leave behind.”

It’s a memoir crafted into a story of how Smith mastered his own emotions. It chronicles “The Fresh Prince Of Bel-Air” star’s transformation from a “fearful child” in West Philadelphia to “one of the biggest rap stars of his era and then one of the biggest movie stars in Hollywood history.”