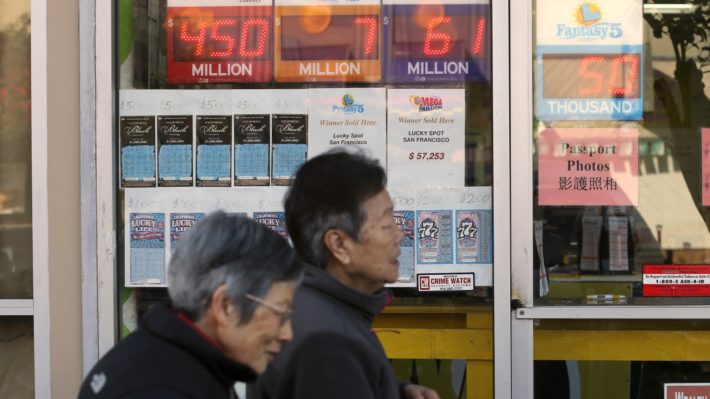 When a stranger bumps into you, you might get an apology. LaQuedra Edwards got $10 million.

Last November, Edwards had just put $40 into a lottery ticket vending machine at a Tarzana Vons supermarket in Los Angeles when “some rude person” bumped into her, NBC Los Angeles reports.

“He just bumped into me, didn’t say a thing and just walked out the door,” Edwards told the California Lottery.

The bump caused her to accidentally push the wrong number on the machine, selecting a single $30 scratch-off ticket.

Edwards was irritated by the bump and the fact that she was stuck with one high-priced ticket. Normally, she purchases multiple, cheaper-priced scratchers.

She went to her car and scratched the $30 ticket. To her surprise, the wrong ticket was actually the right one. She won the top prize of $10 million.

“All I remember saying once I found out how much I just won was, ‘I’m rich,’” she said.

LaQuedra plans to buy a house and start a non-profit.

The post Woman Wins $10 Million After Being Pushed Into The Wrong Button [Video] appeared first on LOVEBSCOTT.