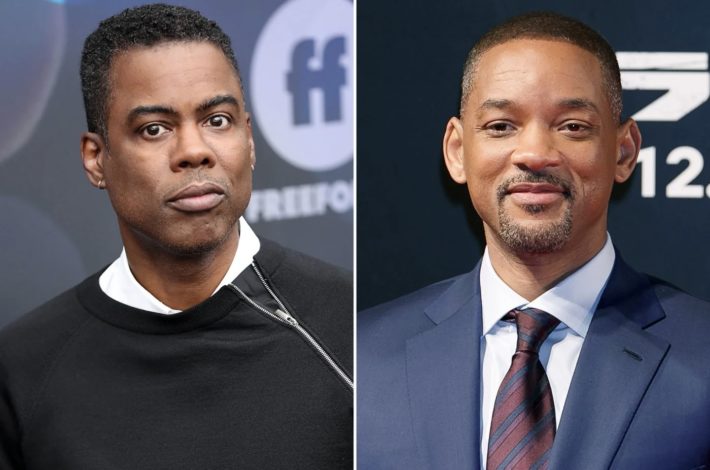 As Chris Rock has continued his post-Oscars comedy tour, he addressed his lack of commentary on the incident.

During a recent stop on his “Ego Death World Tour,” the veteran comedian told the crowd in Indio, California that he doesn’t plan on speaking about the viral moment until he gets compensated appropriately to do so.

According to a review from the Palm Springs Desert Sun, Rock told attendees at his show on Friday (April 8), “I’m okay. I have a whole show, and I’m not talking about that until I get paid.”

“Life is good. I got my hearing back,” he added.

It’s unclear how much money Rock is seeking and whether he has an outlet already in mind he would like to open up to.

The funnyman didn’t hold back his jokes the rest of the night. Rock reportedly took shots at the Kardashians, Meghan Markle, Hillary Clinton, and several other celebrities during his set. The Palm Springs Desert Sun said he received a standing ovation from the crowd.

Rock kicked off his tour in Boston a few nights after the incident occurred at the Oscars. As REVOLT reported, he began by asking the crowd, “So, how was your weekend?”

In audio from the show, it’s clear that Rock received an extremely warm welcome from the crowd, as most attendees expected the comedian to have a ton of material regarding the incident, but Rock mentioned that he had written his material before the slap took place.

As the show continued, Rock went on to tell the audience, “I’m still kind of processing what happened.”

Ticket prices for Rock’s shows skyrocketed following the slap Will Smith laid on him at the Oscars.

Citing a tweet from secondary market platform TickPick, the publication reported that more tickets were sold to the “Ego Death World Tour” overnight than they did all last month.

Costs for the tickets spiked, going from a minimum of $46 per ticket on March 18 to a minimum of $341 and higher currently. The surge in demand and ticket prices come roughly a month after the Brooklyn-bred jokester first announced he’d be going on tour.

The Academy has since banned the Men In Black star from future Oscars events for 10 years after conducting a formal review of his behavior.