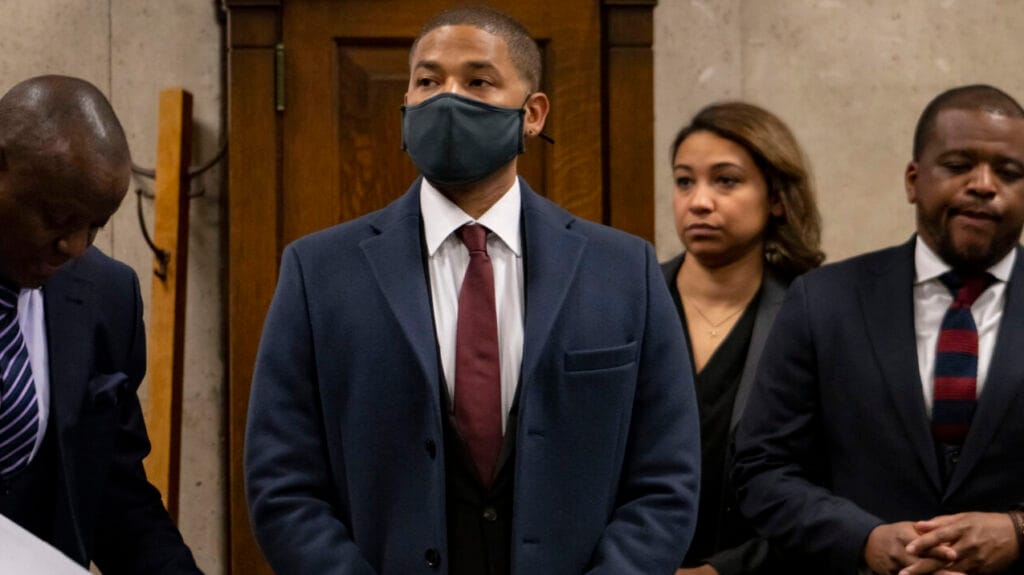 In his song “Thank You God,” the former “Empire” star defends his innocence while on pre-trial release pending appeal of his high-profile hoax case.

Nearly a month removed from Jussie Smollett’s pre-trial release from Cook County Jail ​​pending appeal of his conviction for staging a hate crime in 2019, the former Empire actor is using rhythm and poetry to express his qualms with the high-profile case.

As reported by TMZ, Smollett on Friday uploaded a link to his new single, “Thank You God” on Instagram with a lyric video of the approximately minute-and-a-half-long rap, in which he laments what he feels are the injustices of his ongoing case.

“It’s like they’re hell-bent on not solving the crime / Taking out the elements of race and trans and homophobia that’s straight taking lives / But turn around and act like I’m the one that killed the strides,” Smollett, 39, raps over a slow, R&B-style beat.

He then appears to push back against notions that he would sacrifice his career by orchestrating and lying about two masked men yelling racist and homophobic remarks, pouring bleach on him and tying a noose around his neck, as he was , his sentence began March 10, and he was additionally ordered to pay a $120,106 restitution fee and $25,000 fine to the City of Chicago.