Mariah Carey Has Never Won A VMA, And Even She Wonders Why: ‘MTV How Have I Offended Thee?” [Photo + Video] 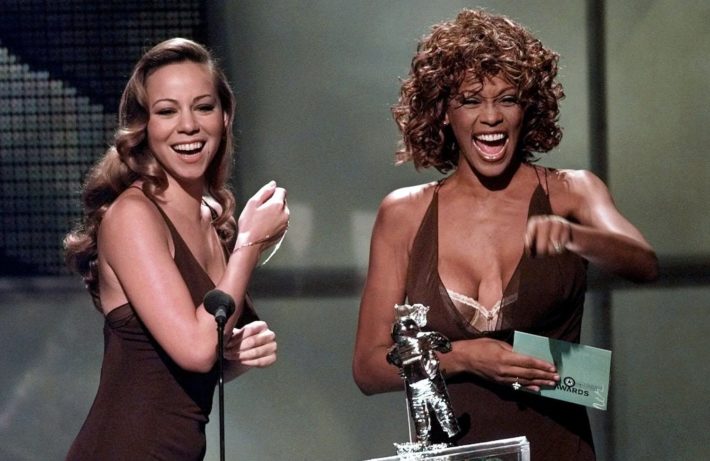 This almost could be labeled as a “say what now,” Mariah Carey has never won a VMA?!

Award shows like the Grammys and the VMAs are notoriously fickle, with every fandom vying for their own favorite star to win, even when losing might’ve been justified. But an exchange with a fan today led Mariah Carey down the road of wondering if she’d done something to hurt someone over at Viacom. After one of her followers pointed out that despite her diva status, and plenty of songs, videos, and albums that could’ve been eligible, Mimi has never won a VMA, even Mariah had to wonder what’s up with that.

“The fact that @MariahCarey never won a VMA and still hasn’t won a Vanguard award don’t sit right with me. Get it together @MTV @vmas,” her fan wrote. And it wasn’t too long before Mariah joined in to agree with him. “Yeah.. @MTV how have I offended thee? Nary an award?” Mariah wrote in response, quote tweeting her fan’s post and including a GIF from one her most adventurous videos, the cinematic spy thriller themed “Honey remix clip.

Of course, plenty more fans were chiming in once the snub had been brought to their attention, and MTV’s mentions are probably getting bombarded right now. Well, maybe her remix of “Big Energy” with Latto will be eligible for something in 2022, and the VMAs can make this right asap.

Yeah.. @MTV how have I offended thee? Nary an award? ?? https://t.co/Be9g8qOZyI pic.twitter.com/7UAEJG9YgJ

The post Mariah Carey Has Never Won A VMA, And Even She Wonders Why: ‘MTV How Have I Offended Thee?” [Photo + Video] appeared first on LOVEBSCOTT.