Say What Now? Teen Fatally Wounded as He and Friends Took Turns Shooting Each Other While Wearing Armored Vests [Video] 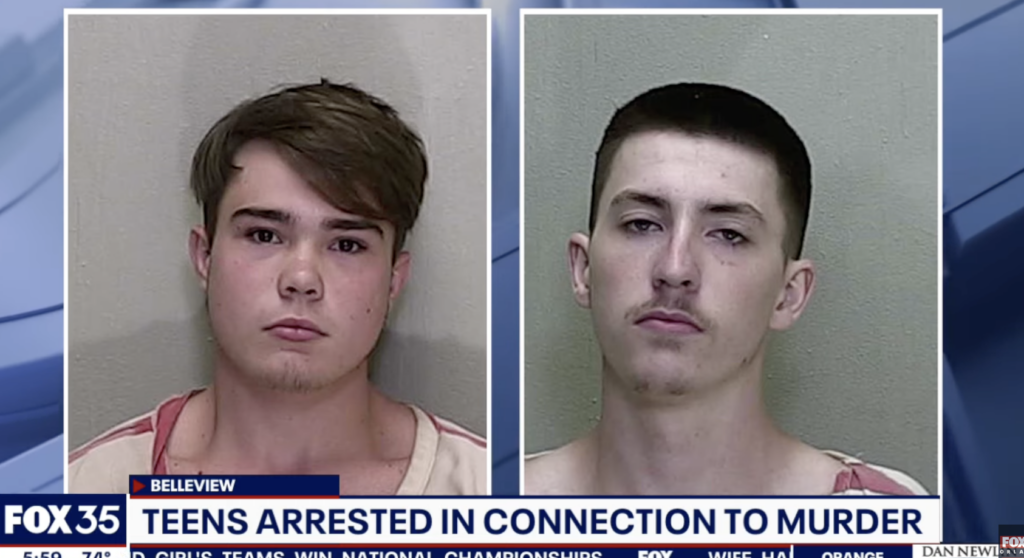 Two teens were arrested this week after a 16-year-old boy was shot and killed .

According to NBC affiliate WESH2, the incident occurred around 7 p.m. on April 3 in a mobile home in Belleview, Florida. Police say officers arrived at the scene shortly after, and found 16-year-old Christopher Leroy Broad Jr. on the floor with a gunshot wound. The boy was immediately rushed to the hospital, where he was ultimately pronounced dead.

Colton Whitler, a 17-year-old who was present during the shooting, reportedly told officers his friend was shot by an unknown suspect; however, upon further investigation, authorities determined the victim was fatally wounded when he and his friends took turns shooting one another while wearing an armored vest.

Detectives say one of the teens recorded the shootings on Snapchat. One of the posts showed Broad firing a 9mm handgun at another teen who was donning a “tan plate carrier style vest.” Another video showed Broad wearing the vest as he was shot five times.

According to the arrest affidavit, the alleged shooter—identified as 17-year-old Joshua Vining—said one of the bullets struck Broad in an area that was covered by the vest. He also told officers that the vest and handgun belonged to his father.

Whitler and Vining were taken into custody on Thursday. The former was charged with with providing false information to law enforcement, while the latter was charged with aggravated manslaughter of a child with a firearm. According to the New York Post, both teens were charged as adults.

It’s sad someone is dead, but this is yet another example of ‘play stupid games, win stupid prizes.’

The post Say What Now? Teen Fatally Wounded as He and Friends Took Turns Shooting Each Other While Wearing Armored Vests [Video] appeared first on LOVEBSCOTT.

news newswirelink Say What Now
Share. Facebook Twitter Pinterest LinkedIn Tumblr WhatsApp Email
Previous ArticleLoni Love on ‘The Real’ Cancelation: ‘We Did Everything We Could’
Next Article Mariah Carey Has Never Won A VMA, And Even She Wonders Why: ‘MTV How Have I Offended Thee?” [Photo + Video]