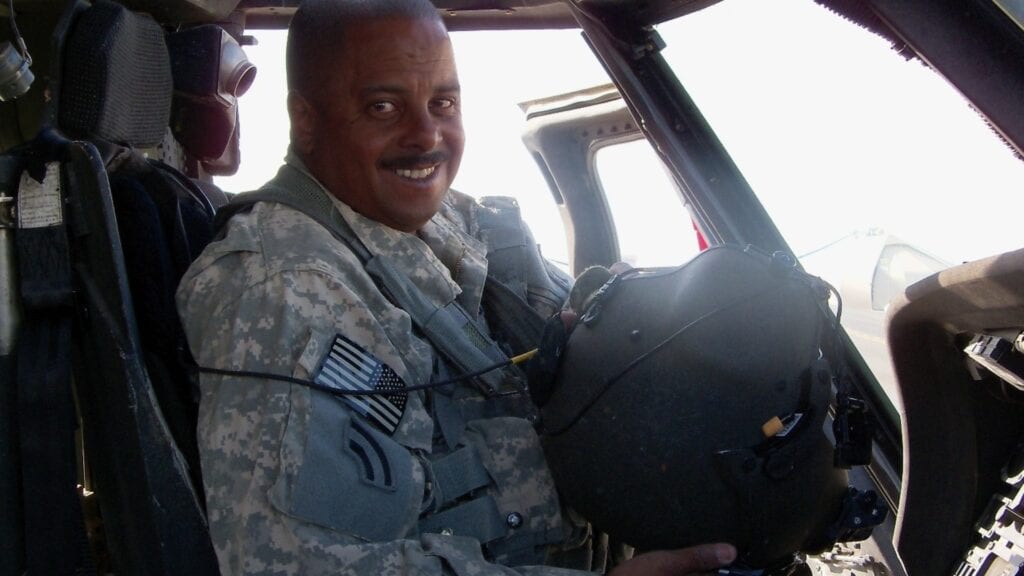 Stephen Boyd was promoted in a ceremony held on April 9

When Stephen Boyd retires on May 31, he will do so as the longest-serving Black aviator in the Massachusetts Army National Guard.

Boyd, on Saturday, was also promoted to chief warrant officer 5, according to the Cape Cod Times.

“For whoever comes along after me, I hope that my contribution makes their journey a little bit easier,” Boyd told the Times.

Boyd comes from a military family. Arthur Boyd, his father, grew up in Alabama in the 1920s and served in a segregated military in World War II. Stephen Boyd referenced his father’s service in an Armed Forces Network interview.

“With my father growing up in Jim Crow South and serving a segregated Army, and a generation later, I stand here as an aviator and a senior warrant, that really is the American dream,” Boyd said in the video remarks reported by the Times.

Boyd began his military career in 1984 when he enlisted in the Massachusetts National Army Guard.

Among his achievements, Boyd has completed combat missions in Afghanistan and Kuwait. He’s also worked with military forces in Kenya and Uganda, serving as an aviation safety liaison.

For the past five years, he’s served in Vicenza, Italy as a ground safety officer for the Headquarters U.S. Army Africa. Part of his job is to improve the safety culture in the military of other countries.

He told the Times a story about a Ugandan soldier who, if he was hurt on the job, wouldn’t have the same benefits — medical care, disability payments — as American soldiers.

“I was able to have a lasting impact, where I could stem that tide of accidents and deaths, not just in our military service, but in other countries across Africa.”

Boyd went to flight school at Fort Rucker in Alabama, during a time where there were few other Black people. He credited his family’s values with helping him carry on.

“They are of a generation that came from several generations that are very determined and very disciplined in terms of what their situation was and what needed to happen to improve it,” Boyd said.

He hopes other people of color will become inspired by his story and seek to serve. But he realizes for that to happen, the military needs to change.

“The institution is where the work needs to be done,” Boyd said. He suggested the military engage in targeted recruiting where officers of color would recruit in communities of color.