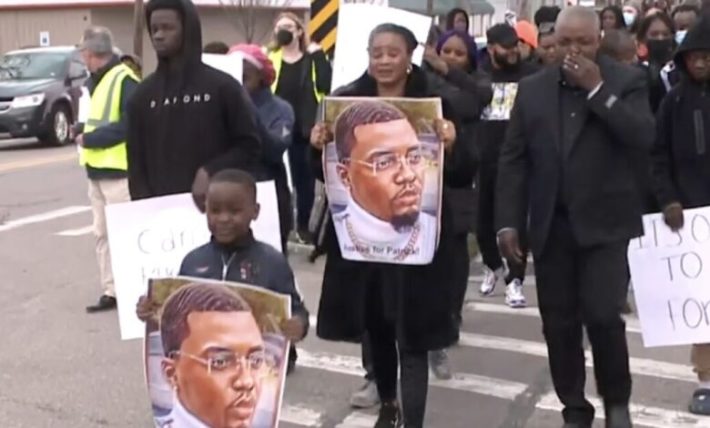 The death of Patrick Lyoya, a Black man killed by a white police officer during a traffic stop in Grand Rapids, has drawn national civil rights attorney Ben Crump’s attention.

Lyoya, 26, was fatally shot on Monday and his family — who is said to have already seen police footage — is alleging an “execution-style” killing. Lyoya’s family is calling for answers, wanting to know why a cop would fatally shoot Lyoya in the back of his head.

As of now, bodycam footage from the incident has not yet been made public. On Friday, Grand Rapids police Chief Eric Winstrom told members of the press along with the Kent County prosecutor that he planned on releasing the footage by noon on April 15.

The April 4 traffic stop is said to have originated from an issue with Lyoya’s license plate. According to the police, it was during that stop that a physical altercation between Lyoya and the officer began, causing the officer to shoot Lyoya.

That officer has been with the department since 2015 and is now on administrative leave while Michigan State Police conducts an investigation.

Kent County Prosecutor Chris Becker has prohibited the footage from being released to the public until the investigation is complete.

According to the Detroit News, Kent County Commissioner Robert Womack spoke out against the shooting in a Facebook post shared on Wednesday.

“This was an execution,” he said. “Gun violence by my community, or by the police, will not be tolerated. This man was murdered in a way that I cannot accept.”

Israel Siku has been serving as an interpreter for Lyoya’s Congolese family.

Siku told members of the press that the officer who was involved “shot him in the back of the head, point blank” and called the video “painful to watch.”

On Sunday hundreds — including Civil Rights Attorney Benjamin Crump — marched for justice in Lyoya’s name. The march was followed by a vigil held at Renaissance Church of God in Christ in the Family Life Center in Grand Rapids, Michigan. The event was live-streamed on multiple platforms and news outlets were present.

Lyoya’s family has disputed police claims of the events that lead to Lyoya’s death. Patrick’s father, Peter Lyoya, said through Siku, “I want the video to be shown to the world. I want the world to see what happened to my son.”

Lyoya’s family came to the United States in 2014 to escape violence in the Democratic Republic of Congo.

The post Family Calls for Answers After a Black Man Was Killed During Traffic Stop [Video] appeared first on LOVEBSCOTT.