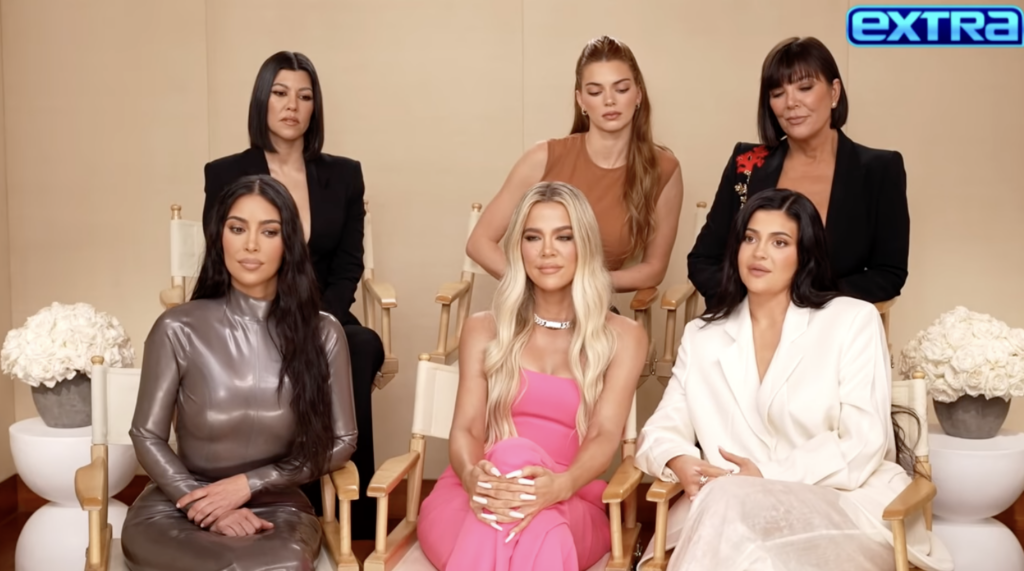 While they initially announced the boy’s name to be Wolf, they’ve changed it and aren’t quite ready to reveal what it is.

Kylie isn’t “ready” to share the new name yet, explaining, “We just haven’t fully legally changed it or anything, so I don’t want to announce a new name and then change it again.”

Last month, Kylie kept it real about her postpartum struggles.

Kylie felt the need to be transparent, telling Katie, “I just didn’t feel right to go back like nothing happened… I don’t want my fans or any other women going through postpartum right now to look at me and think, ‘Oh, it’s so easy for her.’ I just wanted to say something before I went back to life like everything is okay.”

Despite the struggles, she is “getting better every day.”

Overall, Kylie is in “baby heaven.”

During the interview, Kylie was joined by her sisters Kim, Khloé, Kylie, and Kendall, as well as momager Kris Jenner.

In a recent appearance on “The Ellen DeGeneres Show,” Kris expressed wanting Kendall to be a mom since she “hasn’t had a baby.”

Kendall reacted to her mom’s comments, saying, “I’m indifferent. I’m just, like, living life day by day, but I do get, like, baby fever a lot of the times.”

Kendall then looked at Kylie, who just gave birth to a baby boy. She added, “I hang out with all of them and I’m, like, it would be so fun to have one too, but I’m chilling.”

The women also shared their take on fame. While it does get hard sometimes, Kim noted, “It comes along with the territory, and we all know what’re getting ourselves into and so many blessings have come from it.”

Khloé interjected, saying, “I don’t think you really know what you’re getting yourself into… You can’t envision this, and no one knew the magnitude of this, but I will say we are so blessed to be doing this together.”

‘The Kardashians’ premieres April 14 on Hulu. Watch the clip below