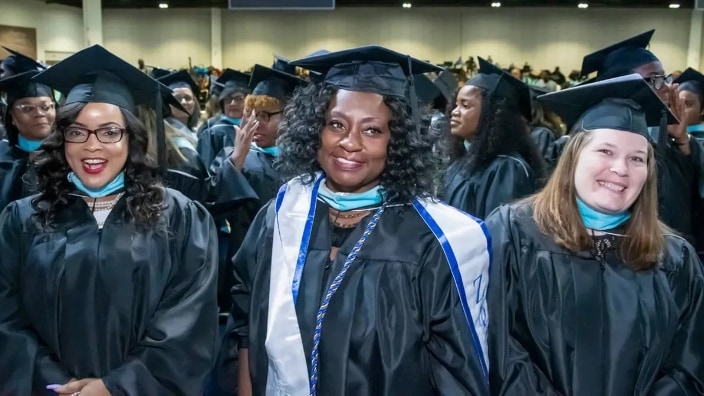 A new lawsuit alleges that Walden University, an online, for-profit institution, engaged in “reverse redlining,” targeting minority communities and misrepresenting their fees and the credits required for graduation.

According to a new report from The New York Times, one promise the university boasts is that its students can earn an advanced degree in 18 months. However, a new lawsuit from The National Student Defense Network charges that Walden University engaged in a scheme to lure Black female students into their school, then kept them trapped in a debt cycle.

One Walden student, Aljanal Carroll, claims she had a negative experience at the university as she worked on a doctorate in business administration.

The Times notes that Carroll had to complete a “capstone project” after coursework, yet when she would turn it in to the university’s review committee, she would be subjected to long waits for minor feedback. Ultimately, the degree took Carroll three years to complete and, subsequently, tens of thousands of dollars in additional fees and tuition costs.

Carroll’s experience was not unique. The lawsuit notes that one of Walden’s main strategies was to stretch out the capstone project, which forced students to re-enroll for another semester as they waited on decisions from a three-member panel. It is estimated that these costs exceeded $28 million.

“Walden lured in students with the promise of an affordable degree, then strung them along to increase profits,” Aaron Ament, the president of the National Student Legal Defense Network, told The New York Times. “As if that’s not bad enough, Walden specifically targeted Black students and women for this predatory program, masking its discrimination as a focus on diversity.”

Walden University has denied the allegations, saying it has pursued a diverse student body and had awarded more doctorate degrees than any other university in America.

The lawsuit is filed as a violation of Title VI of the Civil Rights Act, claiming that the university violated students’ rights. However, experts note that it may have an uphill battle.

“It’s not that the claims don’t have merit or are not worth bringing,” said Eileen Connor, the director of Harvard’s Project on Predatory Student Lending. “But to stop relentless targeting of people of color by predatory schools, it’s going to require greater involvement from regulators like the Department of Education and the Federal Trade Commission.”

The class-action lawsuit, which was filed in Maryland, also highlights the fact that Black women bear the brunt of the more than $1.7 trillion in federal student loan debt in America.