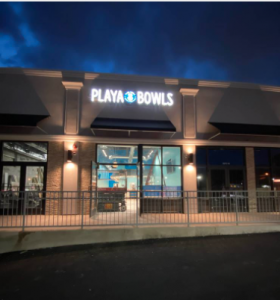 In Elizabeth, NJ, a Black man is screaming foul following an incident. He was denied service at Playa Bowls, an all-natural food store based in the Garden State after the store’s owner had already compensated him due to bad service during his last visit. Now the man is seeking to file a discrimination lawsuit against the company.

Jason Cleare says that on April 10, he returned to the Elizabeth Playa Bowls store with his child following an incident where the store’s owner had to compensate Mr. Cleare for the store employees’ bad service a month prior. As he proceeded to make his order, one of the employees said that he was banned from the store and consulted with a manager via phone, who confirmed that he was banned.

“The manager yelled over the phone that if I didn’t leave the store, she was going to call the police,” Mr. Cleare said. ” I called their bluff and told them to call the cops. I sat there and waited, but, of course, the police never came. What were they going to tell them? This guy came back that we had to give points for terrible customer service? “

When they realized that he wasn’t leaving the store and was waiting for the police to come, the same employee who claimed that he was banned from the store came back and offered to take his order.

“I wasn’t going to give them any of my money after they threatened to call the cops on me,” he said. “I knew as soon as the cops didn’t come, I was gonna sue them.”

Mr. Cleare says that he is filing a racial discrimination lawsuit against the company because he believes that the alleged ban and threat of the cops were solely based on the fact that he is Black. He’s seeking punitive damage for the discriminatory treatment in hopes that the all-natural food store doesn’t conduct that type of behavior in the primarily Black Elizabeth neighborhood.

“When you hit them where it hurts, they learn that they can’t treat people however they want and know that some people will hold them accountable for their actions.”

Playa Bowls has yet to respond to the allegations.