SNL ‘news anchors’ have field day with Will Smith jokes 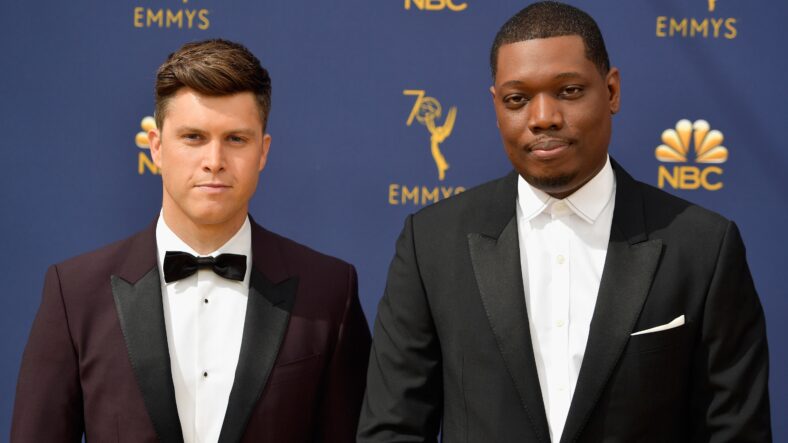 While it’s only been two weeks since the infamous Oscars slap, Saturday Night Live wasted no time commenting on one of the biggest pop culture moments in recent memory.

As theGrio previously reported, we’re all still reeling from the “slap heard around the world,” after Will Smith took to the stage and slapped Chris Rock after he made a joke about his wife Jada Pinkett Smith’s hair.

Since then, seemingly everyone on social media and in pop culture has offered their takes on the situation, from serious think-pieces to hilarious memes. Saturday Night Live, known for skewering current events, dived right into the hot topic, with Weekend Update hosts Michael Che and Colin Jost offering plenty of jokes surrounding the incident.

After ‘reporting’ that Smith was banned from attending Academy events for ten years, Jost quipped “But is that a punishment?”

He continued, “He can still be nominated and even win an award, he can even go to the afterparty. He just doesn’t have to attend the four-hour ceremony where someone is definitely going to make fun of his wife again.”

Jost then said a “real punishment,” would be for Smith to host the Oscars next year, referencing when Jost and Che hosted the Emmys together. “Nothing will make you question your life more,” he joked.

On Saturday’s episode, both hosts spent almost their entire segment on the slap. Che joked, “During his acceptance speech Will Smith said, ‘love will make you do crazy things.’ You know what else makes you do crazy things? Crazy!”

Watch their segment below:

As theGrio previously reported, Smith’s ban was announced by the academy’s Board of Governors on April 8. Their statement read, “The 94th Oscars were meant to be a celebration of the many individuals in our community who did incredible work this past year; however, those moments were overshadowed by the unacceptable and harmful behavior we saw Mr. Smith exhibit on stage.”

In his own statement, Smith said, “I accept and respect the Academy’s decision.”

Smith resigned from the Academy days after the ceremony sharing an official apology on his social media accounts.

The post SNL ‘news anchors’ have field day with Will Smith jokes appeared first on TheGrio.