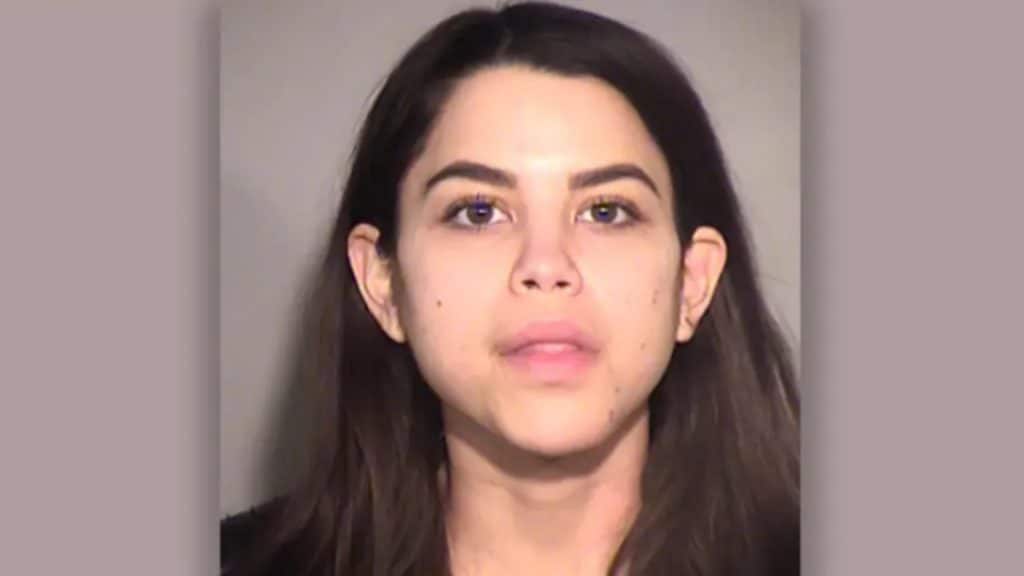 NEW YORK (AP) — A California woman who wrongly accused a Black teen of taking her phone at a New York City hotel, grabbing at him as he tried to leave, has reached a plea deal that spares her from prison if she avoids trouble.

Miya Ponsetto, 23, pleaded guilty Monday to unlawful imprisonment as a hate crime, a felony, but will have a chance to replead to a misdemeanor aggravated harassment charge if she follows the terms of the agreement.

For that to happen, Ponsetto must abide by the terms of her probation for a separate drunk driving and resisting arrest case in her home state for two years, continue to receive counseling and have no further arrests. If she does not comply, she faces up to four years in prison, prosecutors said.

“Miya Ponsetto has been leading an exemplary life since this incident with the young man close to a year and a half ago,” Ponsetto’s lawyer, Paul D’Emilia, said.

“We are appreciative of the district attorney’s thoughtful and empathetic approach to finding an acceptable conclusion — especially in light of the unreasonable pressure brought to bear by many voices not familiar with the more granular details of what occurred that evening,” D’Emilia said.

Manhattan District Attorney Alvin Bragg said Ponsetto’s plea agreement “ensures appropriate accountability” by addressing the underlying causes for her behavior and ensuring that it does not reoccur.

“Ms. Ponsetto displayed outrageous behavior,” Bragg said in a statement. “As a Black man, I have personally experienced racial profiling countless times in my life and I sympathize with the young man victimized in this incident.”

Video showed Ponsetto grabbing at 14-year-old Keyon Harrold Jr. as he tried to get away after she accused him of stealing her phone at the Arlo Hotel in Manhattan in December 2020. The phone was found soon afterward in an Uber.

The teen’s father, jazz trumpeter Keyon Harrold, recorded the confrontation and put the video online. In it, Ponsetto is seen demanding the teen’s phone, claiming he stole it. A hotel manager tries to intervene. Keyon Harrold can be heard in the recording telling the woman to leave his son alone.

Security video later released by the NYPD shows Ponsetto frantically grabbing at the teen as he tried to get away from her through the hotel’s front door. She’s seen clutching him from behind before both tumble to the ground.

Ponsetto, of Piru, California, initially appeared to apologize, but later backed off in a tense interview on a morning CBS news show. The teen’s family filed a lawsuit against Ponsetto and the hotel, alleging racial profiling. The case is pending.

D’Emilia described the encounter as an “unfortunate misunderstanding” and said the misdemeanor harassment charge to which she will plead if she stays out of trouble “more realistically reflects her actions that night at the Arlo Hotel.”

“It is Ms. Ponsetto’s wish that Keyon Harrold accepts her regrets and apology for her behavior that evening, and that all involved can move forward with added insight and compassion,” D’Emilia said.