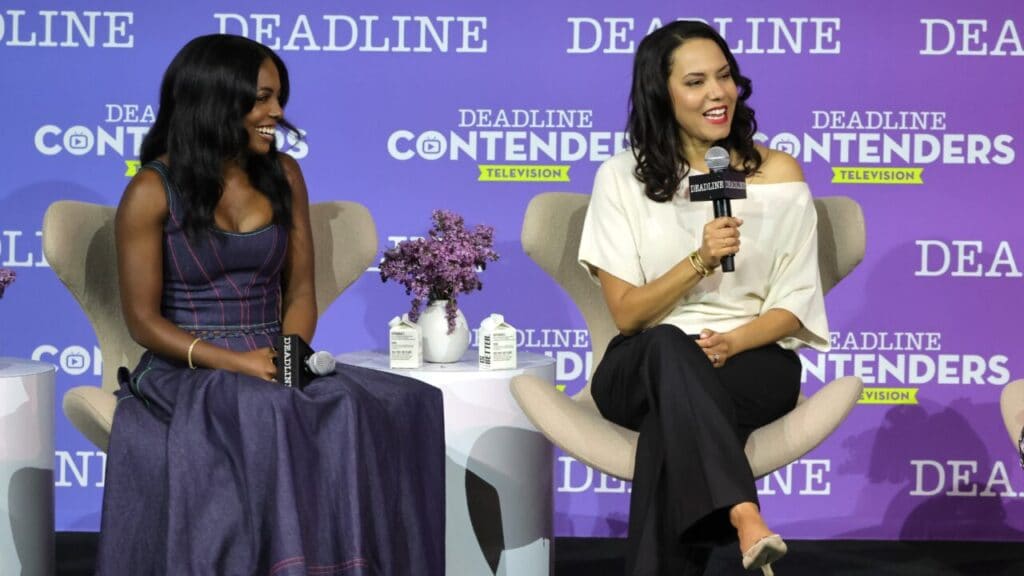 Warren plays Mamie Till-Mobley, who lost her teenage son, Emmett Till to racist violence in 1955

One of the year’s most impactful shows thus far is the Women of the Movement limited series. The six-episode program on ABC follows Adrienne Warren as Mamie Till-Mobley, the mother of Emmett Till, a 14-year-old Black boy killed after being accused of whistling at a white woman.

Based on the book Emmett Till: The Murder That Shocked the World and Propelled the Civil Rights Movement by Devery S. Anderson, the series set in 1955, follows Mamie as she seeks out and demands justice following the brutal murder of her only son.

At Deadline‘s Contender TV event, Warren and the series creators opened up about the show, its impact, and more.

“What happened to this young, beautiful boy changed my life, my family’s life, and the lives of everyone in this room,” she shared at the panel.

Warren said although she was familiar with Till’s story she didn’t know much about his mother before doing this project.

“Not knowing enough about the mother who birthed this child, that wasn’t OK with me,” she said. “When this opportunity was presented to me I was terrified but I knew it was a challenge I would have to dive into, head first.”

Warren said teachers have told her they are using the show to help educate their students.

She explained, “To hear from teachers who are using it in their curriculums – that is so incredibly important to us and special because it’s still happening today and that means that there is a generation of young people who watch this who are going to move differently throughout the world and throughout space because they now know what happened to this family and to this little boy.”

Marissa Jo Cerar, the series creator and showrunner explained why the show was crafted from Till-Mobley’s perspective.

“Too often these stories are about the cops and the lawyers, and we are dead bodies, not characters,” she explained. “We don’t actually explore what it’s like to lose your family member–we are victims or martyrs. I wanted to humanize Emmett and Mamie, and Mose [Till’s grandfather]and everyone in the family who lost this boy.”

Check out the full recap from the Deadline panel at the official site, here.

Women of the Movement is available to stream now on Hulu.