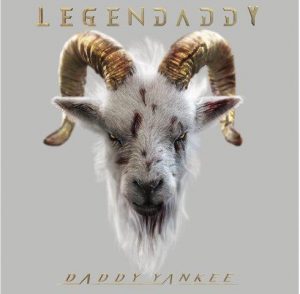 LEGENDADDY, Daddy Yankee’s farewell album, is the World’s #1 Latin Album. LEGENDADDY recently debuted at #1 on Billboard’s Top Latin Albums List, marking his fifth straight #1 debut on the chart. In addition, it debuted at #8 on the Billboard Top 200, reaching his greatest rank on the chart to date and his first Top 10 since 2007’s El Cartel: The Big Boss. It has also climbed to the top of the Spotify Weekly Top Albums Global Chart, with over 326 million global streams.

In just three days, Daddy Yankee’s farewell album, LEGENDADDY, racked up over 175 million cumulative streams. It’s also took over Spotify globally, reaching #1 on the Global Album Chart, and he’s had the largest streaming day of his career on Spotify, with 35.7 million streams—nearly double his previous career-high.

On August 10th, the “La Ultima Vuelta World Tour” will begin at the Moda Center in Portland, Oregon. The five-month tour, which is being promoted by Cardenas Marketing Network and Raphy Pina, comprises some of the rapper-largest songwriter’s headline events in North America and Latin America to date. Pre-sale tickets will go on sale on Friday, March 25th, and general public on-sale tickets will go on sale on Wednesday, March 30th.

“Today, I’m announcing my retirement from music by giving you my best production and concert tour,” said Daddy Yankee. “I will say goodbye celebrating these 32 years of experience with this new collector’s item, my album Legendaddy. I’m going to give you all the styles that have defined me in one single album.”

You can hear the album below.