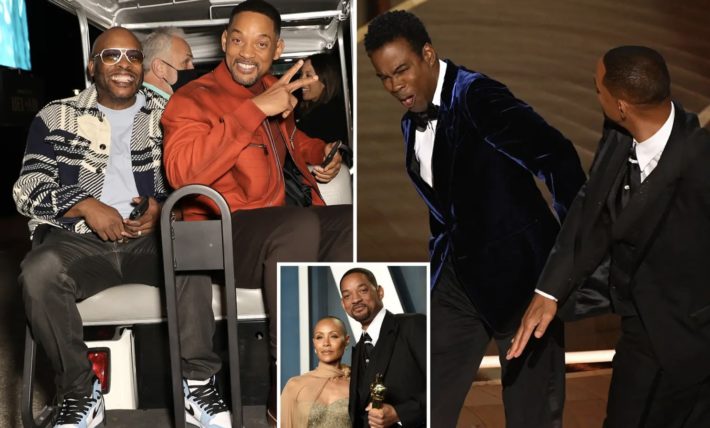 DJ Jazzy Jeff, Will Smith‘s friend and Grammy-winning collaborator, spoke for us all when he tweeted his thoughts on the Fresh Prince slapping Chris Rock during the Oscars.

Jazzy Jeff, 57, held a Closed Sessions Legend Conversation at Dorian’s Through the Record Shop in Chicago last week where he opened up about his friend and old collaborator’s eruption onstage.

“Don’t get it twisted that it was something he was proud of. It was a lapse in judgment, you know?” the songwriter began.

The DJ went on, “I think the thing that I’ve realized is I don’t know too many people that has had the least amount of lapse of judgment than him.”

“I can name 50 times that [Smith] should’ve smacked the s – – t out of somebody and he didn’t,” Jeff continued. “So for him to have a lapse in judgment, he’s human. And I think a lot of the criticism comes from the people who don’t think people like that are human.”

Smith’s “Bad Boys” director Michael Bay also gave his take on the incident, despite not tuning into the show. The filmmaker, 57, noted how the slap on the “Switch” singer’s part was ill-timed.

“I wasn’t watching,” Bay told Yahoo! Entertainment. “I saw it. First of all, it’s wrong to begin with. I don’t really care. Hollywood gets very self-absorbed. There are babies getting blown up in the Ukraine right now. We should be talking about that. I really don’t care.”

The “Transformers” director added, “I’ve worked with him. He’s not that guy. I’ve never seen him lose his cool like that. I thought it was a setup because I saw his smirk. I’ve been on set when Will has screwed with people and joked with people. It was a slap. Not a punch. He’s very good at fighting, he’s trained at that. It’s wrong to begin with. Then I knew the yell … he was mad.”

As a result of the smackdown, Smith has been banned from the Oscars ceremony for the next decade. However, he still gets to keep the coveted Best Actor award received at the ceremony for his role in the drama “King Richard.”

Academy President David Rubin said in a statement last week regarding the ban that Smith’s behavior was “unacceptable and harmful.”

Rubin stated, “We want to express our deep gratitude to Mr. Rock for maintaining his composure under extraordinary circumstances. We also want to thank our hosts, nominees, presenters and winners for their poise and grace during our telecast.

“This action we are taking today in response to Will Smith’s behavior is a step toward a larger goal of protecting the safety of our performers and guests, and restoring trust in the Academy,” Rubin concluded.

The post DJ Jazzy Jeff Defends Will Smith By Noting All The Times That He ‘Should’ve Smacked The Sh*t Out Of Somebody’ But Didn’t [Photo + Video] appeared first on LOVEBSCOTT.