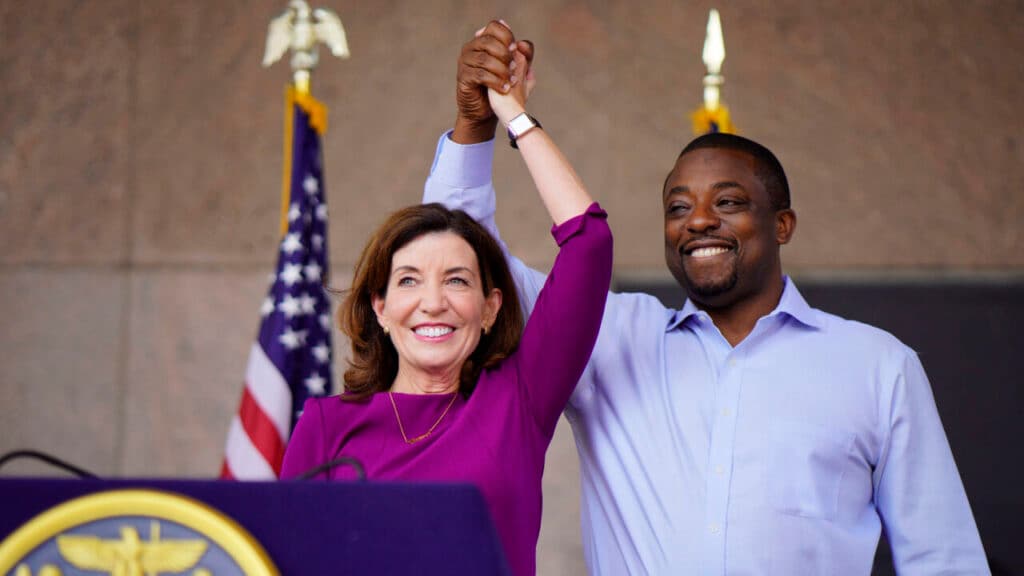 The U.S. Attorney’s office said Benjamin was arrested on charges of bribery, honest services wire fraud and falsification of records.

New York Lt. Gov. Brian Benjamin, whose seven months in that role has been overshadowed by probes into a previous campaign, was arrested Tuesday in a federal corruption investigation.

The U.S. Attorney’s office said Benjamin was arrested on charges of bribery, honest services wire fraud and falsification of records.

Benjamin, formerly a state senator from Harlem, had joined the administration of Gov. Kathy Hochul in September, chosen by her to fill her former job a couple of weeks after she stepped into the governorship following the resignation of former Gov. Andrew Cuomo over sexual harassment allegations.

Prosecutors had previously not made any accusations against Benjamin, and his campaign said at the time of Migdol’s arrest that it had forfeited any improper donations as soon as they were discovered.

More recently, reports came out saying subpoenas had been issued to Benjamin regarding the financial issues even before Hochul picked him as lieutenant governor.

Despite her saying she didn’t know of the subpoenas at the time, Hochul proclaimed her support for Benjamin, and he said he had told state police as they went though the process of vetting him.

“I have utmost confidence in my lieutenant governor,” Hochul said during a Thursday press conference. “This is an independent investigation related to other people and he’s fully cooperating. He is my running mate.”

Benjamin was the state’s second Black lieutenant governor. During his state Legislature career, the Democrat emphasized criminal justice reform and affordable housing. His district included most of central Harlem, where he was born and raised by Caribbean immigrant parents.

He has a bachelor’s degree in public policy from Brown University and a master’s of business administration from Harvard Business School, and worked as a developer of affordable housing.