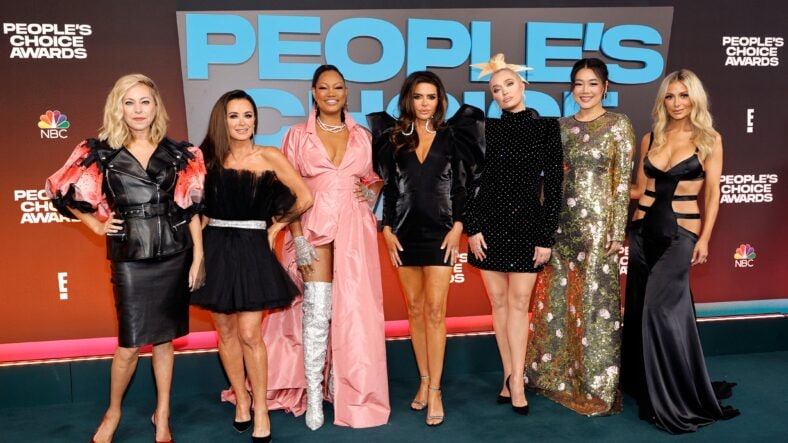 The series returns this May, with Sheree Zampino joining the group as a friend

Get your diamonds ready, The Real Housewives of Beverly Hills is officially coming back, and by the looks of the trailer, fans will get to see Garcelle Beauvais and Erika Jayne go head to head.

Season 12 of the franchise is set to drop on Bravo this May, reuniting viewers with the fabulous women of the 90210. Sutton Stracke, Kyle Richards, Garcelle Beauvais, Lisa Rinna, Erika Jayne, Crystal Kung Minkoff, and Dorit Kemsley are all aboard as full-time housewives. Returning in a friend capacity is Kathy Hilton, Richards’ sister, mother of Paris and Nicky Hilton.

The season 12 super-tease promises plenty to watch, with new faces, feuds, and more.

Enter Sheree Zampino! That’s right, Will Smith’s first wife is joining the popular reality TV series as a “friend,” and in the teaser, she’s inducted into the fabulous group. In the preview, Zampino shows up in sweats for an outdoor event, but it turns out she’s underdressed compared to the group.

“I thought it was yoga clothes!” she says.

But as her bestie Beauvais knows, this is a rookie mistake on RHOBH. She tells Zampino, “Never ever listen to casual!”

Though Zampino is not shown in the trailer’s most dramatic parts, two minutes can’t possibly contain every aspect of the season, and we’ll be keeping our eyes on the reality star as she joins the Bravo family.

Per her official description on the Bravo site, “Sheree has famously maintained a close relationship with her ex-husband and his second wife and is considered a proud advocate for blended families and successful co-parenting after divorce.”

While Beauvais has teased a feud with Erika for some months now, fans are finally able to see what went down between the two of them. One epic moment, in particular, shows many of the women questioning Jayne’s public response (or lack thereof) to her estranged husband Tom Girardi’s legal troubles. Garcelle soon finds herself facing off against the other star.

In the clip, Jayne asks the group, “Is that to make Erika look bad or is that about genuine concern?” Beauvais responds by saying, “Erika, I don’t have to make you look bad, you can do that on your own.”

Beyond more drama and new faces, the clip also teases lavish trips to Mexico and Aspen. Check out the official trailer below:

The Real Housewives of Beverly Hills returns on May 11 on Bravo.