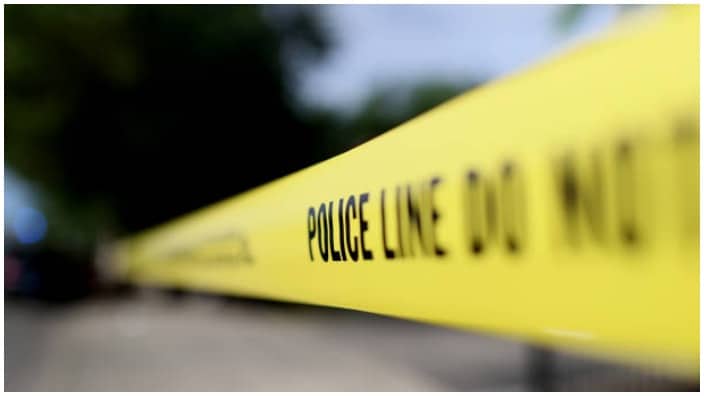 “The cop was on his knees, pulled out the gun, and shot him in the head,” said the family’s interpreter.

The unedited dashcam video of the fatal police shooting of Patrick Lyoya has been released by the Grand Rapids Police Department.

As reported by NBC News, the GRPD had been facing increasing pressure to release the footage. Lyoya’s family disputes the official police account of what transpired when the Black father of two was pulled over on April 4, 2022, over an unregistered license plate.

Police Chief Eric Winstrom said at a news conference that Lyoya got out of his car during the traffic stop and attempted to flee, but was fatally shot by a white police officer after a “lengthy struggle.”

After viewing the footage, Lyoya’s family said it clearly shows him facedown on the ground when the officer shoots him “executes-style,” said Israel Siku, the family’s interpreter.

“I saw the video. I could not sleep. The boy was on the floor. The cop was on his knees, pulled out the gun, and shot him in the head,” Siku said at a community forum Sunday held at Renaissance Church of God in Christ in Grand Rapids, according to the report.

As reported by MLive, the family immigrated to the U.S. in 2014 from the war-torn Democratic Republic of Congo. Their native language is Swahili.

Winstrom said in a statement that the unedited dashcam video of the Lyoya shooting would be released “no later than noon on Friday, April 15.” The footage was released Wednesday afternoon. The graphic clip can be viewed on the City’s YouTube page.

For privacy reasons, some images may be blurred. The footage shown at a news conference Wednesday was pulled from a “body-worn camera, an in-car camera, a cell phone, and a home surveillance system,” per 13 On Your Side, citing remarks from Winstrom.

“It is essential that all video evidence be made public as soon as possible so that we can see with our own eyes and hear with our own ears what happened to Patrick. Full transparency is the only way to regain community trust,” civil rights attorney Benjamin Crump, who is representing the family, said at the community forum over the weekend.

“Every Black family lives in fear that a routine traffic stop will turn deadly. Patrick’s fate is the nightmare we live with every day,” said Crump.

The name of the cop who shot Lyoya has not been released. The officer has been with the department since 2015. He’s been placed on administrative duty amid the investigation into the shooting by Michigan State Police.

“There are still many questions which remain unanswered. As is our policy with any ongoing investigation, we do not release any material for public consumption,” Becker said in a statement.

“While I am committed to the transparency of the process, I also must follow legal and ethical duties to ensure the integrity of the investigation by ensuring that information regarding the event that could compromise the investigation is not released,” Becker said.