Iggy Azalea Sounds Off Over Playboi Carti Claiming ‘I Take Care of My Baby Mom,’ Says They’re Not on Good Terms [Photos] 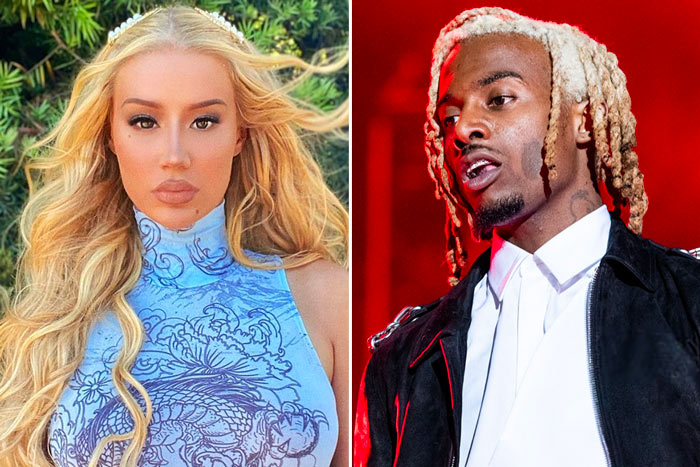 In a new interview, Playboi Carti opened up about his relationship with former girlfriend Iggy Azalea, with whom he shares a 2-year-old son, Onyx.

Just this week, the rapper did an interview with XXL where he praised the mother of his 2-year-old son Onyx. But according to Iggy, his compliments are not an accurate portrayal of their relationship and were made to earn him good favor in the public eye. After his comments were published, Iggy fired back, claiming Carti does not provide for her.

“Take care of me? Lmaooooo,” she wrote in a series of since-deleted tweets. “let’s not get carried away now.”

In the interview, the “Sky” rapper gushed about his son’s mother and made it appear that they were on good terms. “She’s a great mom. I love her to death,” he told the magazine. “I’m single. She’s single now. But that’s one of the best mothers in the world. And that’s what you got to put in the book, you hear me? I love her to death. She is the best mother in the world.”

When someone tried to tell Iggy that Carti said “so many things” about her, she said that he was manipulating the situation and that Carti does not support her financially.

“You’ve been mislead,” she wrote. “I don’t fu**k with a man I’m not even remotely on good terms with claiming he pays my bills. I pay my bills.”

In fact, the relationship has become so bad that they don’t even speak anymore. “Secondly saying nice things for an interview sounds great but in real life he talks to me like shit so badly I had to stop all direct contact.”

According to Iggy, Carti’s team has contacted her about the interview because they were worried how she would react.

“His team has been calling about the interview, hoping for my silence because they know what my reaction would be,” she continued. “I do appreciate being called a great mom but when that’s not reflective of what he has to say in real life I’d much rather be left out of being mentioned at all.”

This is not the first time Iggy has exposed her ex on social media. In December 2020, she claimed that he cheated on her while she was pregnant and that he was an absent father and missed their son’s first Christmas.

Oop! Looks like Iggy Azalea wasn’t feelin’ the comments Playboi Carti made about fatherhood about their son Onyx ? Via @xxl pic.twitter.com/ju0OjtmuVk

The post Iggy Azalea Sounds Off Over Playboi Carti Claiming ‘I Take Care of My Baby Mom,’ Says They’re Not on Good Terms [Photos] appeared first on LOVEBSCOTT.