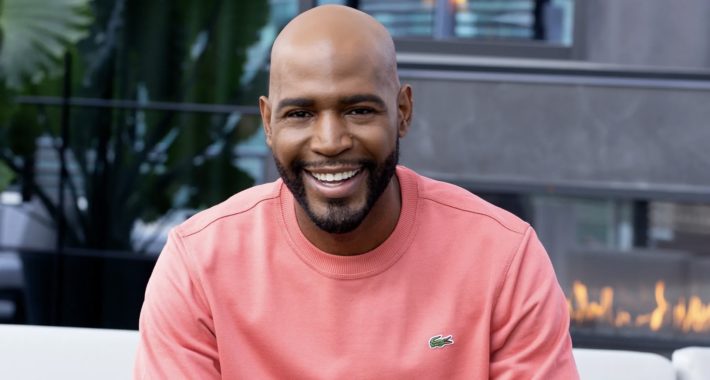 Karamo, a new daily talk show from NBCUniversal starring Queer Eye’s Karamo Brown, is on track to debut nationally in syndication this fall with the show sold in 90% of the country, said Tracie Wilson, executive vice president, NBCUniversal Syndication Studios and E! News.

“Karamo has done an incredible job guest hosting ‘Maury’ many times over the past two seasons. Karamo is a true fan of the genre who will bring that passion, along with his unique skill set and life experiences to guide his guests through life’s dramatic crossroads and build a lasting connection with the daytime audience,” said Wilson. “‘Karamo’ is the next generation of compelling relationship-based talk, with a truly special host and we are so happy to offer this show to our station partners across the country.”

Karamo is bringing his enthusiastic, charismatic, and fresh voice to daytime TV. The new talk show will take the best elements of daytime drama while utilizing Karamo’s unique personal journey and his innate ability of personal connection. The show will authentically address a wide range of topics including infidelity, race, parenting, and complex family dynamics. On both linear and digital, Karamo’s fresh voice has broad appeal where conflict meets compassion, as he gives thoughtful and genuine advice to each of his guests. “Karamo” features a studio audience that is an integral part of the show. From outrageous audience opinions to probing questions for the guests, their participation delivers a high-energy layer of storytelling.

“Growing up, hosting a daytime talk show seemed unrealistic and unattainable, but it was my dream. I used to run home from school as a kid to watch this genre’s icons Sally, Donahue and Maury,” says Karamo. “My biggest goal is to help, and connect with, people from all walks of life. As a black, gay man of first-generation immigrants, opportunities for my goals seemed impossible so I want to thank everyone involved for believing in me and trusting me to explore all the highs and lows of life and celebrate with their audiences. We are all taking this journey together, so let’s start talking and growing.”

Karamo will be shot at NBCU’s Stamford, Conn. broadcast center and will feature a studio audience that will play an integral role on the show.