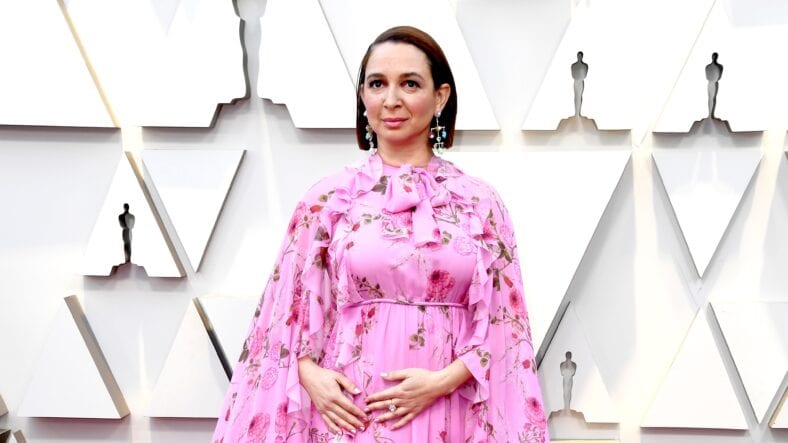 The series is described as a workplace comedy, and also stars Ron Funches and Joel Kim Booster

Maya Rudolph is coming to Apple TV. The Saturday Night Live veteran is the star of the brand new series, Loot, alongside Pose‘s MJ Rodriguez and Joel Kim Booster and Ron Funches.

Not only does Rudolph star in Loot, set to premiere globally in June, she also executive produces the workplace comedy. In addition to Saturday Night Live, Rudolph is known for her roles in Bridesmaids, Big Mouth, and The Good Place, to name a few.

The series itself comes from the minds of Alan Yang of Little America and Matt Hubbard of 30 Rock and will be ten episodes long, with new episodes premiering every Friday.

Rudolph is joined by Rodriguez, who is fresh off a historic Emmy win for her turn in FX’s Pose and Ron Funches, known for his role on Undateable. Rounding out the cast are Married‘s Nat Faxon and Sunnyside‘s Joel Kim Booster .

In the series, Rudolph plays billionaire Molly Novak, who, “has a dream life, complete with private jets, a sprawling mansion and a gigayacht — anything her heart desires. But when her husband of 20 years betrays her, she spirals publicly, becoming fuel for tabloid fodder,” per the official synopsis.

“She’s reaching rock bottom when she learns, to her surprise, that she has a charity foundation run by the no-nonsense Sofia Salinas (Rodriguez), who pleads with Molly to stop generating bad press,” the summary continues.

“With her devoted assistant Nicholas (Kim Booster) by her side, and with the help of Sofia and team — including mild-mannered accountant Arthur (Faxon) and her optimistic, pop-culture-loving cousin Howard (Funches) — Molly embarks on a journey of self-discovery. Giving back to others might be what she needs to get back to herself.”

Rodriguez posted on Instagram to celebrate the series announcement, writing to her followers, “Here’s your first look at #Loot, a new comedy series coming to @appletvplus June 24! This was such a fun one to make, I can’t wait for you to see it!”