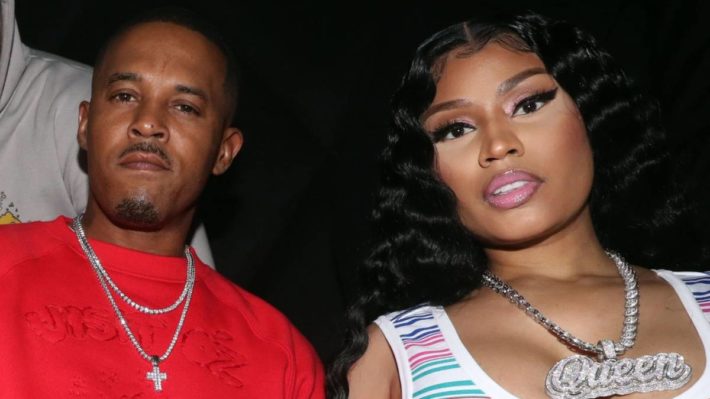 Nicki Minaj and her attorney Judd Burstein are coming for attorney Tyrone Blackburn, who repped a woman named Jennifer Hough who accused Minaj’s husband Kenneth Petty of sexual assault in a 2021 lawsuit.

Back in October, a lawyer for Jennifer Hough, who filed a lawsuit against Nicki Minaj and her husband Kenneth Petty, filed a motion for default judgment. Hough’s lawsuit is based on her allegation that Minaj and Petty intimidated and harassed her in hopes that she would “recant her legitimate claim that defendant Petty raped her.” At the beginning of this year, Hough voluntarily dismissed her lawsuit (only to refile it in California), but the default judgment motion has Minaj calling for Hough’s lawyer to be “severely punished.”

According to Rolling Stone, Minaj and her lawyer Judd Burstein are seeking fees and costs as well as a referral to the federal court’s Attorney Disciplinary Committee against Hough’s lawyer, Tyrone Blackburn. Minaj’s team says Blackburn pursued “frivolous” and “extortionate” litigation against her “in such a reprehensible manner.” In the motion that was filed in October, which Minaj won, Blackburn alleged that Minaj was a member of the “Makk Ballers,” a street gang in Queens.

“Given that Mr. Blackburn had no evidence in his possession that would have remotely supported even an inference that Ms. Maraj belonged to the gang, and the allegation was entirely irrelevant to the issue of whether a default judgment should be entered against Mr. Petty,” the motion reads, according to documents obtained by Rolling Stone. Mr. Blackburn surely acted in a bad faith effort to generate extremely negative media coverage about Ms. Maraj which also depicted Mr. Blackburn as a lawyer who was seeking to bring her to justice.”

Minaj and her team also claim that Blackburn falsely accused his former plaintiff’s co-counsel, Steven N. Gordon, of working as a “double agent” with Burstein to help Minaj. Furthermore, Minaj and Burstein were able to obtain a sworn statement from Gordon about Blackburn’s behavior. In it, Gordon claims Blackburn made “harrowing, slanderous, false and misleading personal allegations about me that are entirely irrelevant to the motion for sanctions.”

“He regularly and shamefully attempts to use personal information — or purported personal information — to disparage, insult, harass and intimidate other,” Gordon adds. “I will be seeking to the court’s permission to intervene in this matter to move to strike the Blackburn Declaration and for sanctions against him.”

The post Nicki Minaj Wants The Lawyer Of Her Husband’s Rape Accuser’s To Be ‘Punished’ For Making False Accusations appeared first on LOVEBSCOTT.