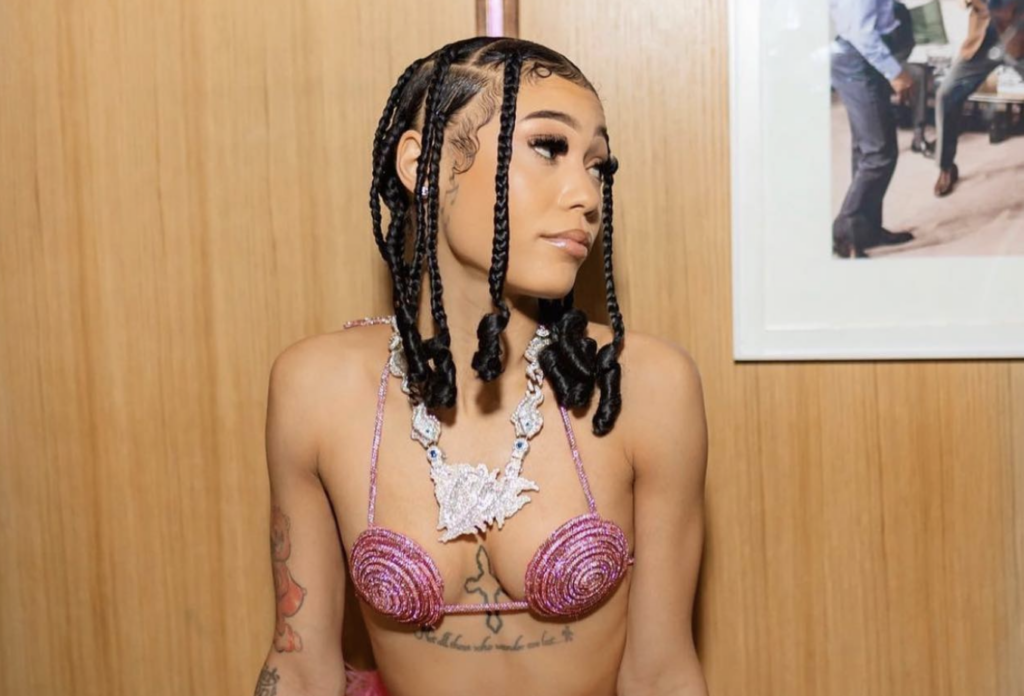 Coi Leray has a debut album out in the world and she’s learning first-hand how ruthless people on social media can be.

DJ Akademiks reported this week that Leray’s debut album, Trendsetter, was expected to move 11,000 units in its first week. If the figures are correct, the project will move about 35,000 fewer units than Lil Durk’s 7220 effort, which is expected to take the top spot again next week.

Though the figures have not been verified, the low sales projection immediately prompted Leray fans to come to her defense. The Boston-born, New Jersey-raised artist “liked” some of the supportive responses on Twitter, and seemingly addressed the situation in a couple of posts.

“[…] I can’t complain about anything. My debut album is amazing and not one song can you say is bad,” she wrote. “It been 5 days. I understand Coi Leray is so viral & works good on blogs headlines but trust me,it’s all part of the game just ride out andstayfocus.”

Leray went on to say that she has “thick skin,” and reassured fans she would never “fold under pressure.”

As pointed out by Rap-Up, the 24-year-old singer previously expressed high hopes for her debut album. In May 2021, she confidently stated her milestone project would reach No. 1. And in early January, she went so far as to say her album would be the biggest release of 2022.

Critics highlighted the bold comments in wake of Trendsetter’s first-week projection sales. A man who claimed to be her father, Benzino, also trolled Leray over the poor figures.

The Instagram @Iambenzino posted a screenshot of Akademik’s Trendsetter tweet, and captioned it with, “If she had a track wit @Iambenzino I woulda listened @coileray.”

Benzino later claimed the account was not his, and he has since reported the bogus page to Instagram.

“My legal team is about to go hammer time on anyone who has defamed my name and legacy …” he wrote on his verified account. “Oh yeah and why would I laugh at Coi? She’s one the best things that I am. I very proud of her and her accomplishments.”

She’s still has a more promising career than her dad — so she’ll be fine.

One thing y’all should know about me, I don’t fold under pressure. This lil body got thick skin baby. Only me can stop me.#trendsetter ??? ALBUM OUT NOW !!!!