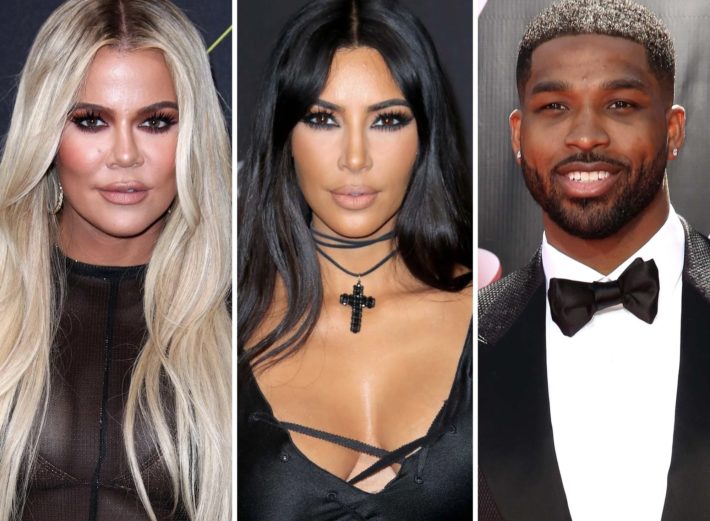 When you’ve lived your life on reality TV long enough, you become used to cameras – even as they capture your most painful and unexpected moments.

Khloé Kardashian revealed Kim Kardashian was the one who broke the news to her about Tristan Thompson fathering a child with another woman.

“That was hard,” Khloé, 37, told USA Today in an interview published Wednesday of the morning Kim, 41, called her about the paternity lawsuit.

“I think that was hard for me, too,” Kim, who has had a complicated relationship with Thompson, chimed in, adding that she was filming a workout for “The Kardashians” when she told her sister.

While Thompson, 31, initially denied impregnating fitness model Maralee Nichols, he admitted in January that a DNA test had confirmed he was a father of three.

Nichols claimed their baby boy, Theo, was conceived on the NBA player’s 30th birthday in March 2021 — while he was allegedly engaged to Khloé.

“Déjà vu,” Khloé quipped to USA Today, referring to the other times Thompson had been caught being unfaithful to her. “I think the first time it was either Kendall or Kylie [Jenner] that called me. Now it’s good old Kim.”

The Good American co-founder said that the pain “doesn’t get easier,” but she has become “more numb” to the revelations.

“When you’re hurt so many times — your reactions, your responses to the same thing happening over and over again — there is a numbing sensation to it,” she explained.

Momager Kris Jenner added that while the news was “shocking,” the family is not “really focused on the filming of it at all until you watch it back.”

Kourtney Kardashian echoed that Thompson’s repeated infidelities have become a “normal” thing, even though “it should absolutely never become normal.”

Page Six broke the news that Khloé called it quits with Thompson for good in June 2021 over allegations he had slept with model Sydney Chase that spring. (His tryst with Nichols had not yet been made public at the time.)

The Chicago Bulls star, who is also dad to 5-year-old son Prince with ex Jordan Craig, previously cheated on Khloé in 2018 while she was days away from giving birth to their now-4-year-old daughter, True, and again in 2019 with Kylie Jenner’s then-BFF, Jordyn Woods.

Khloé finally admitted Thompson is “just not the guy” for her last week.

“I remember when he cheated on me right before I gave birth, and I was able to still have him in the delivery room. It might have looked strange to the outside world, but when my daughter watches my home videos, those videos are going to be as pure and perfect as I was able to make them,” she said on “The Kardashians: An ABC News Special.”

The first episode of “The Kardashians” is now streaming on Hulu.