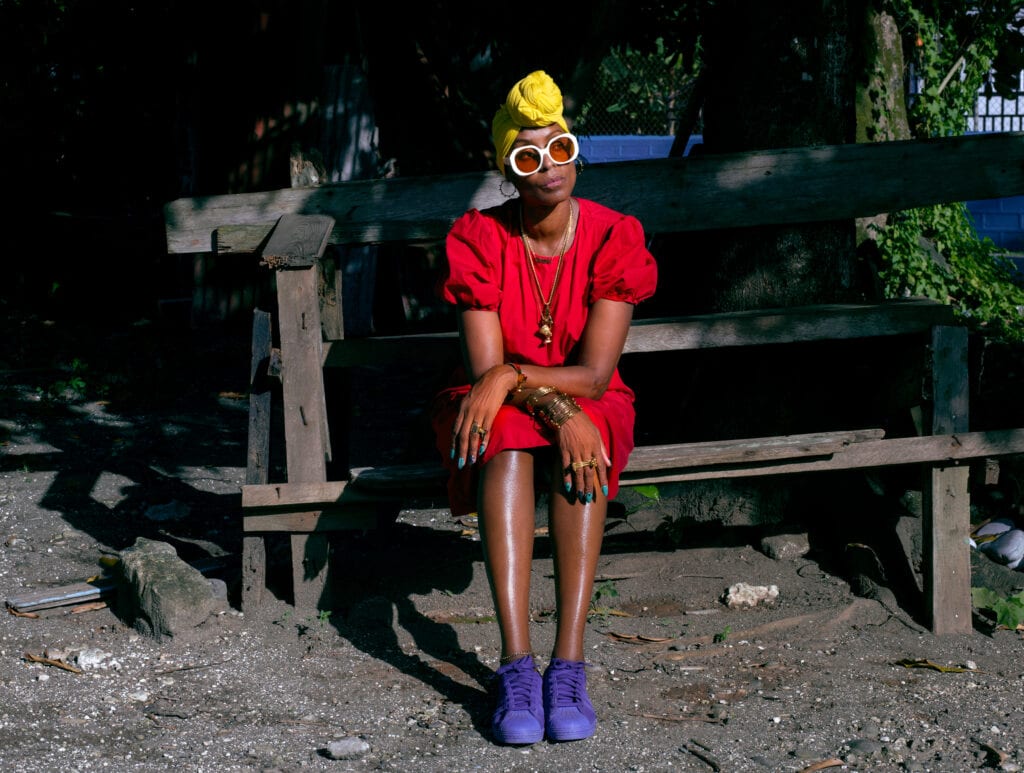 The Grammy-winning songwriter unveils visuals for her latest single, “Better Without Me.”

Even if you don’t know the name Angela Hunte, odds are you know her work. She’s a successful songwriter who worked with Britney Spears, Rihanna, Melanie Fiona, and on Snoop Dogg’s reggae project, winning a Grammy for her contributions to Jay-Z and Alicia Keys’ “Empire State of Mind.”

With so much success in the songwriting chair, Hunte is embracing a new season as an artist. She is prepping the release of an album, Mango, embracing her dual background as a Caribbean American and Brooklyn native. Her latest single and video from the project, “Better Without Me,” is a follow-up to her “Me” single.

Hunte spoke with theGrio about her new song, her forthcoming album and balancing her dual heritage.

“The moment you see it, you know you’re about to step into that mood,” Hunte told theGrio. The visuals for “Better Without Me” include stark lighting textures, accentuating the sensual, yet somber nature of Hunte’s vocals and lyrics.

Near the end of the video, Hunte teases a track on the EP, “Brooklyn On Fire.” Like much of her album Mango, “Brooklyn On Fire” balances the worldly melodies of reggae and dancehall with the hard-hitting kick-and-snare rhythms of New York hip-hop. Hunte, a Trinidadian American who’s lived much of her life in Brooklyn as well as her parent’s native country, says she’s mixing both worlds because it comes naturally to her.

Hunte says it was “very important that I make sure that I merge” Trinidadian and American culture on her project so she made sure that the two producers, DJ Buddha and Grammy-winner Jerry Wonda, did just that.

“[My producers] said, ‘you know? We’ve either done a straight-up culture record or a straight-up pop record. We’ve never really merged the two.’ And I was like, ‘well, this is what I want to do.’”

On Mango Hunte says she crafted the project as both a songwriter and as an artist who was just another collaborator.

“I was looking at it from an outside perspective,” Hunte said. “It really helped me keep things simple with no pressure towards it.”

Hunte said the decision to go solo after so many years as a songwriter came from the COVID-19 pandemic. With so much being shut down, she focused on being a wife and mother. The downtime made her realize she wanted to show a greater portion of her talent to the world.

“As time went on, I realized that, ‘You know what? You have to sacrifice something for the greater good,’ because there were hundreds of songs sitting in my laptop that would never be heard,” Hunte said. “And people around just said, ‘You can’t do that. This is just wrong.’ I thought ‘Maybe they’re right.’ And then when we had this moment of quiet, all the silence and all the quiet, I got strong, and I realized I can do this.“

Mango is expected to be released later this year featuring Wyclef Jean, Tarrus Riley, and more.