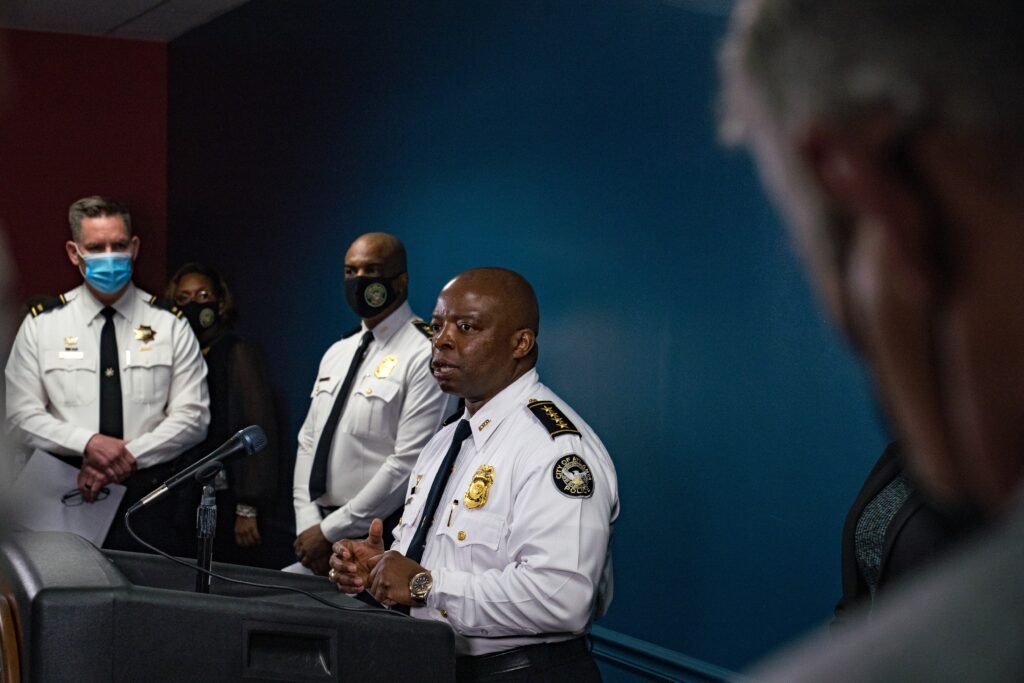 Atlanta’s police chief will retire this summer after serving in the department for more than three decades, the mayor’s office announced on Friday.

Bryant will retire in June, and a nationwide search for his replacement will be conducted, Atlanta Mayor Andre Dickens’ office said.

“As Mayor Dickens plans his leadership strategies for this great city, I believe it is essential that he and the city of Atlanta have a Chief of Police who is willing to serve throughout his term,” Bryant said in a statement.

When he took office, the mayor said he would assess Bryant’s performance in his first 100 days before deciding whether to keep him long-term or search for a new chief. Dickens said he’s looking for a leader who shares his vision for the city.

“I am thankful that the chief agreed to stay on for my first 100 days as Mayor, and I have grown to rely on the Chief’s counsel during our daily meetings,” Dickens said in the statement. “We will miss the Chief’s leadership as he enjoys his well-earned retirement.”

Bryant, an Atlanta native, joined the department in 1988 and rose to become a major in 2010 and a deputy chief in 2014. Bryant was named the department’s interim chief in June 2020 after the resignation of Chief Erika Shields following an officer’s fatal shooting of Rayshard Brooks.

About a year later, Bryant was named permanent chief by former Mayor Keisha Lance Bottoms as the city dealt with rising homicides. Those concerns continue with the department investigating 51 homicides this year as of Thursday afternoon, up from 39 this time last year, the Journal-Constitution reported.

The homicide rate is “too high for me. Too high for our citizens,” Dickens told the newspaper last week.