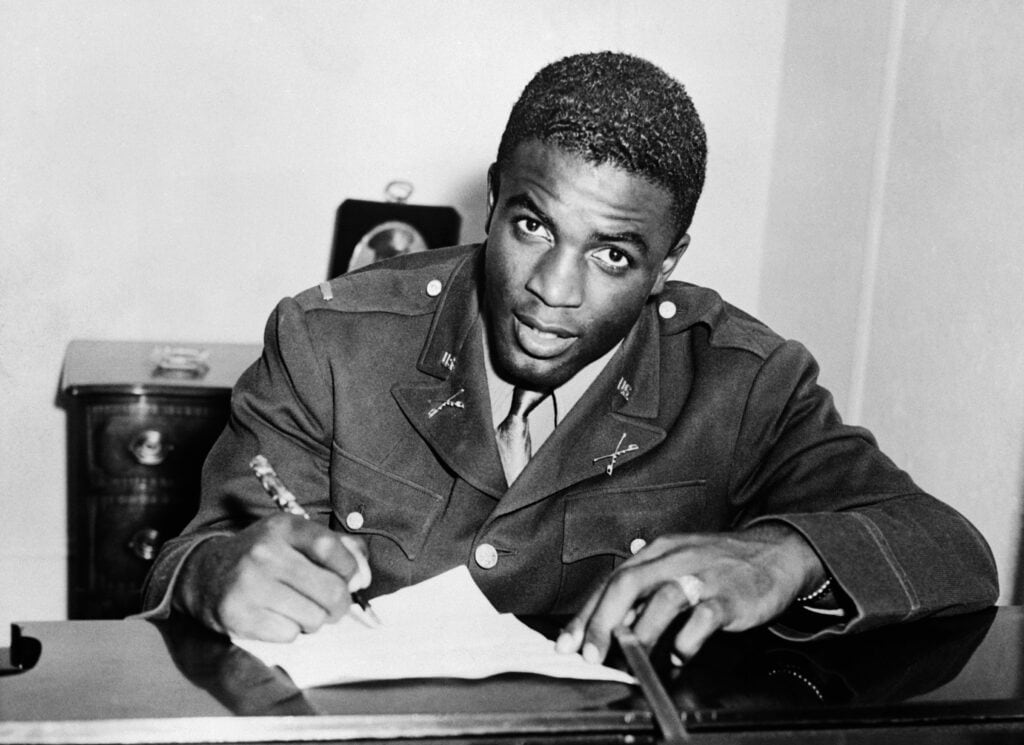 OPINION: As MLB celebrates the 75th anniversary of Robinson breaking the color barrier, let’s remember that he was more than a baseball pioneer; he was a civil rights champion, too.

Editor’s note: The following article is an op-ed, and the views expressed are the author’s own. Read more .

Robinson began fighting back and kept swinging immediately after retirement. He could’ve shut up and stuck to sports, but he wasn’t about to sit back and enjoy the fruits of his career. There was “good trouble” ahead, and Robinson wanted all the smoke, even as a vice president for Chock full o’ Nuts coffee company.

He raised money for the National Association for the Advancement of Colored People and the Southern Christian Leadership Conference. He supported the movement in newspaper columns he wrote for the New York Post, and he championed Black economics by helping to start Freedom National Bank in Harlem.

Robinson didn’t forget about sports, either. Although he died well before Colin Kaepernick kneeled and Brian Flores sued, he would’ve stood with those brothers, too.

In his autobiography, I Never Had it Made, Robinson wrote about the opening game of his first World Series, noting that “it should’ve been a glorious moment for me” as the band began playing. But “As I write this twenty years later, I cannot stand and sing the national anthem,” he wrote. “I cannot salute the flag; I know that I am a Black man in a white world. In 1972, in 1947, at my birth in 1919, I know that I never had it made.”

A half-century ago, Robinson addressed the crowd before Game 2 of the 1972 World Series. He didn’t know it’d be his final speech (he died nine days later), but he wasn’t satisfied to celebrate his 25-year-old achievement. “I am extremely proud and pleased to be here this afternoon,” he said. But I must admit, I am going to be tremendously more pleased and more proud when I look at that third-base coaching line one day and see a Black face managing in baseball.”

As MLB salutes Robinson this year, including a video tribute shown at each ballpark, it’s important that everyone in all sports—athletes, fans, officials, advertisers, and sponsors—takes note of his off-the-field achievements. He didn’t waste time or his platform.

Being a baseball pioneer was a matter of circumstance.

Being a civil rights activist was a matter of choice.

Celebrate the latter even louder than the former.

An award-winning columnist and a principal of BlackDoor Ventures, Inc., Deron Snyder is a veteran journalist, stratcomm professional, author, and adjunct professor. A native of Brooklyn and an Alpha from H.U.-You Know, he resides in metropolitan DC with his wife, Vanessa, mother of their daughters, Sierra and Sequoia. To learn more, please visit blackdoorventures.com/deron.

The post Don’t believe that whitewashed version of Jackie Robinson they keep telling you about appeared first on TheGrio.