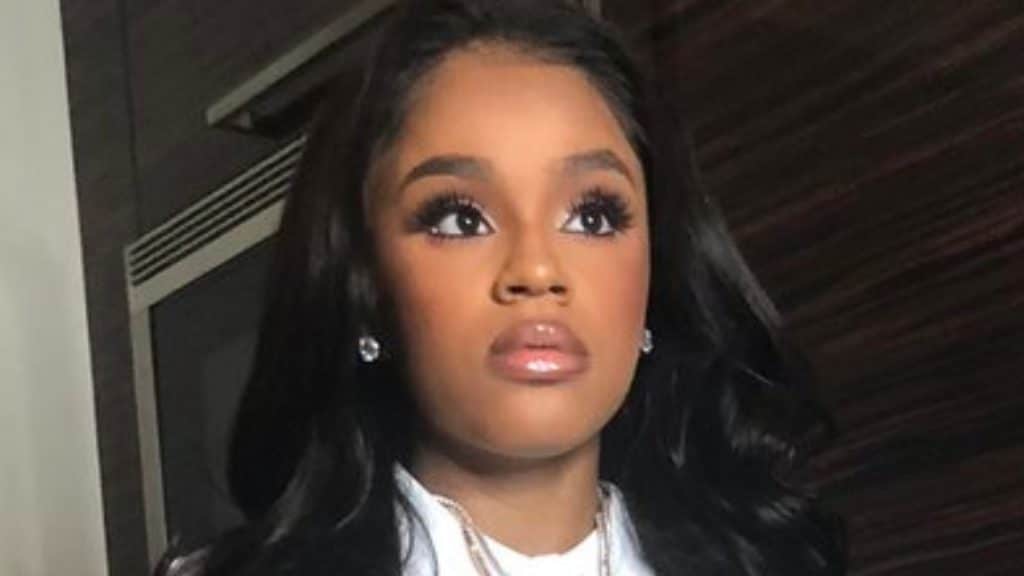 Mayweather shares a son with NBA YoungBoy, who she was dating at the time of the incident

The daughter of famed boxer Floyd Mayweather has pleaded guilty to the 2020 stabbing of the mother of one of rapper YoungBoy NBA’s children.

As reported by reported previously, the incident stemmed from an altercation at the hip-hop star’s Houston home. Jacobs is said to have come by unannounced, ignored Mayweather’s request to leave the house, and a fight ensued. Jacobs told police Mayweather grabbed two kitchen knives stabbing her with one of them.

Mayweather, who shares a son with NBA YoungBoy, whom she was dating at the time, was arrested and charged with aggravated assault with a deadly weapon, a felony. She was released on a $30,000 bond.

After facing up to 20 years in prison, she now faces six years of probation for the assault, with possible community service and restitution. Her next court hearing is scheduled for June 16.

“We resolved the case between Iyanna and the State. The agreement calls for Iyanna being on deferred adjudication for a period of six years after which she will have no felony conviction and the case will be dismissed,” said Mayweather’s attorney, Kent Schaffer, in a statement to PEOPLE. “She is eligible to have the deferred adjudication end after two years, pending her good behavior.”

According to the report, Mayweather waived her right to appeal her case.

“Although we believe that Iyanna was defending herself after being attacked, we thought this was the safest resolution for her,” Schaffer added. “This is especially true since her boyfriend and his bodyguards refused to testify; probably due to their own legal problems.”

Mayweather caught backlash last year for taking her then-newborn son to a yacht party. She and her mother defended the move in remarks made on social media, theGrio reported.

Following the birth of her son, a fan asked how she was adapting to motherhood during an Instagram Live broadcast.

“I’m honestly the happiest I’ve ever been like ever, it’s just amazing,” Mayweather said, Hot New Hip Hop reported. “I just wanted to come on here and show you guys that your girl is happy.”