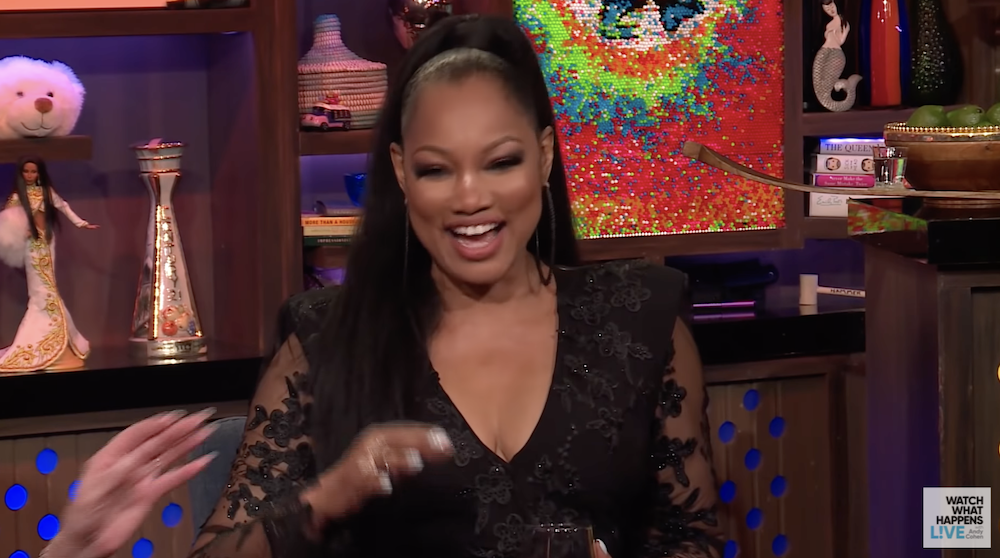 Garcelle Beauvais is opening up about her ongoing feud with her Real Housewives of Beverly Hills costar Erika Girardi.

Late last week, the pair’s feud was reignited when Beauvais, 55, used a clip from the Bravo hit’s season 12 trailer to promote her new memoir, Love Me As I Am. The moment in question was from an intense exchange between Beauvais and Erika, in which the Coming 2 America star said: “Erika, I don’t have to make you look bad. You can do that on your own.”

Erika, 50, in turn, responded by posting a video of herself tossing her copy of Beauvais’ book in the trash.

Now, Beauvais is sharing how she felt about Erika’s actions during an appearance on Watch What Happens Live. “I mean, I was upset,” she told host Andy Cohen during Wednesday’s episode.

“It wasn’t a clip that I pulled myself. It was a clip from the actual trailer,” she continued. “So I was upset that she took it that way.”

When asked by Cohen if she had reached out to Erika, Beauvais said: “No, I did not. She should reach out to me.”

“We’ll see each other at the reunion,” the Real co-host added.

Elsewhere during the episode, Beauvais played a game where she teased what’s to come on RHOBH’s upcoming 12th season, including her ongoing feud with Erika.

Beauvais admitted she “dives deepest” into Erika’s ongoing legal drama with her ex-husband Tom Girardi, which includes the former couple’s embezzlement case. But the actress also revealed that out of the entire RHOBH cast, Erika “hurt [her] feelings the most” this season.

In the previous season of RHOBH, Beauvais had her ups and downs with Erika. The pair got into a major argument over Beauvais disclosing “a private moment” regarding how Tom still called Erika daily.

Fans also got a glimpse at how the two castmates’ bond ebbs and flows in the upcoming 12th season trailer. At one point, Beauvais even spoke to Erika about her increased alcohol use: “Last couple of times I saw you, you were a little tipsy.”

The Real Housewives of Beverly Hills premieres on May 11 at 8 p.m. ET on Bravo.

The post Garcelle Beauvais Says She Was ‘Upset’ Erika Girardi Threw Her New Memoir in the Trash [Video] appeared first on LOVEBSCOTT.