It’s not over: COVID-19 cases are on the rise again in US 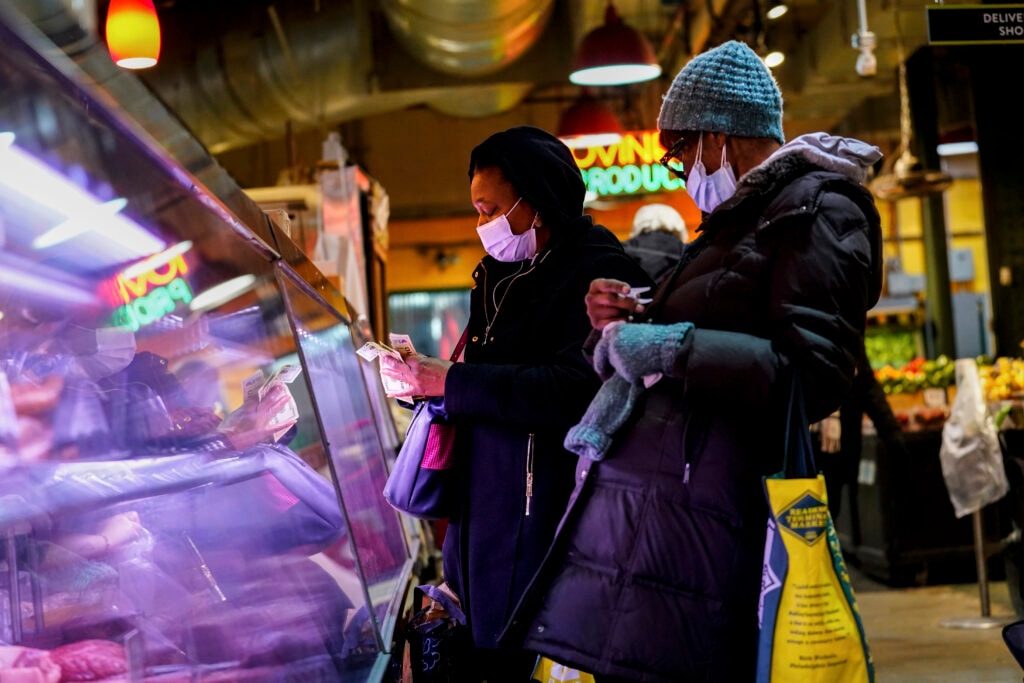 Yet again, the U.S. is trudging into what could be another COVID-19 surge, with cases rising nationally and in most states after a two-month decline.

No one expects a peak nearly as high as the last one, when the contagious omicron version of the coronavirus ripped through the population.

But experts warn that the coming wave – caused by a mutant called BA.2 that’s thought to be about 30% more contagious – will wash across the nation. They worry that hospitalizations, which are already ticking up in some parts of the Northeast, will rise in a growing number of states in the coming weeks. And the case wave will be bigger than it looks, they say, because reported numbers are vast undercounts as more people test at home without reporting their infections or skip testing altogether.

At the height of the previous omicron surge, reported daily cases reached into the hundreds of thousands. As of Thursday, the seven-day rolling average for daily new cases rose to 39,521, up from 30,724 two weeks earlier, according to data from Johns Hopkins collected by The Associated Press.

Dr. Eric Topol, head of Scripps Research Translational Institute, said the numbers will likely keep growing until the surge reaches about a quarter the height of the last “monstrous” one. BA.2 may well have the same effect in the U.S. as it did in Israel, where it created a “bump” in the chart measuring cases, he said.

Keeping the surge somewhat in check, experts said, is a higher level of immunity in the U.S. from vaccination or past infection compared with early winter.

But Ray said the U.S. could wind up looking like Europe, where the BA.2 surge was “substantial” in some places that had comparable levels of immunity. “We could have a substantial surge here,” he said.

Both experts said BA.2 will move through the country gradually. The Northeast has been hit hardest so far — with more than 90% of new infections caused by BA.2 last week compared with 86% nationally. As of Thursday, the highest rates of new COVID cases per capita over the past 14 days were in Vermont, Rhode Island, Alaska, New York and Massachusetts. In Washington, D.C., which also ranks in the top 10 for rates of new cases, Howard University announced it was moving most undergraduate classes online for the rest of the semester because of “a significant increase in COVID-19 positivity” in the district and on campus.

Some states, such as Rhode Island and New Hampshire, saw the average of daily new cases rise by more than 100% in two weeks, according to Johns Hopkins data.

In New Hampshire, the increase in cases comes two weeks after the closure of all 11 state-managed vaccination sites, and the governor is being pressured to change course.

Joseph Wendelken, spokesperson for the Rhode Island Department of Health, said the metric they are most focused on right now is hospitalizations, which remain relatively low. About 55 COVID-19 patients are hospitalized, compared with more than 600 at one point in the pandemic.

Officials credit high vaccination rates. State statistics show 99% of Rhode Island adults are at least partially vaccinated and 48% have gotten the booster dose that scientists say is key in protecting against severe illness with omicron.

Vermont also has relatively high levels of vaccination and fewer patients in the hospital than during the height of the first omicron wave. But Dr. Mark Levine, the health commissioner there, said hospitalizations and the numbers of patients in intensive care units are both up slightly, although deaths have not risen.

Data from the Centers for Disease Control and Prevention shows that new hospital admissions of patients with confirmed COVID-19 were up slightly in New England and the New York region.

On the West Coast, modelers from Oregon Health & Science University are projecting a slight increase in hospitalizations over the next two months in that state, where cases have also risen steeply.

As the wave moves across the country, experts said states with low rates of vaccination may face substantially more infections and severe cases that wind up in the hospital.

Ray said government leaders must be careful to strike the right tone when talking to people about protecting themselves and others after COVID restrictions have largely been lifted. Philadelphia recently became the first major U.S. city to reinstate its indoor mask mandate after a sharp increase in infections. But Vermont’s Levine said there are no plans to bring back any of the restrictions that were imposed earlier during the pandemic.

“It’s going to be hard to institute restrictive, draconian measures,” Ray said. “Fortunately, we have some tools that we can use to mitigate risk. And so I hope that leaders will emphasize the importance for people to watch the numbers,” be aware of risks and consider taking precautions such as wearing masks and getting vaccinated and boosted if they’re not already.

Lynne Richmond, a 59-year-old breast cancer survivor who lives in Silver Spring, Md., said she plans to get her second booster and keep wearing her mask in public as cases rise in her state and nearby Washington, D.C.

“I never really stopped wearing my mask…I’ve stayed ultra-vigilant,” she said. “I feel like I’ve come this far; I don’t want to get COVID.”

At the 250-bed New Hampshire Veterans Home in Tilton, staff are still wearing masks and social distancing. Veterans are allowed limited excursions to places like an antique race car museum and restaurants where they can have a separate room and the wait staff is masked.

Vigilance is a good strategy, experts said, because the coronavirus is constantly throwing curveballs. One of the latest: even more contagious subvariants of BA.2 found in New York state, known as BA.2.12 and BA.2.12.1. And scientists warn that new and potentially dangerous variants could arise at any time.

“We shouldn’t be thinking the pandemic is over,” Topol said. “We should still keep our guard up.”

The post It’s not over: COVID-19 cases are on the rise again in US appeared first on TheGrio.