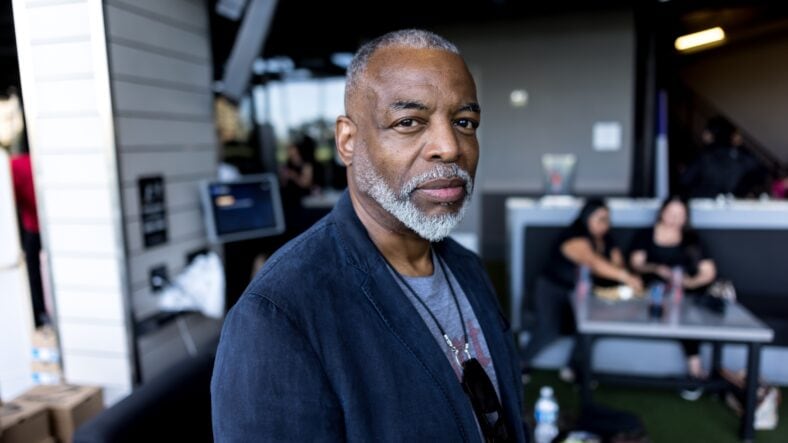 Blindspotting is returning to Starz, bringing some new faces along for the second season. Star Trek: The Next Generation and Reading Rainbow‘s LeVar Burton joins the show from Daveed Diggs and Rafael Casal, The Wrap reports.

Based on the 2018 film of the same name, Blindspotting continues the story from the movie, with Jasmine Cephas Jones, Helen Hunt, Benjamin Earl Turner, and more in lead roles. In the series, Jones plays Ashley, Miles’ (Casal) girlfriend, who moves in with his mother and half-sister while raising their son.

In addition to Burton, Katlynn Simone Smith, Tamera Tomakili, and Tim Chantarangsu are also set to appear in the upcoming second season.  E-40, P-Lo and Too $hort will make cameos as themselves this season as well.

The critically-acclaimed series sheds light on incarceration, the criminal justice system, and the various issues it presents. In an exclusive interview with theGrio last year, Casal said the show hopes to observe, “the personal ramifications of a really, really vindictive system.” He explained, “I think the show’s responsibility is a very small part of this effort to humanize the people that it hurts.”

This is just one of the actor’s many announcements lately, including his return to the Star Trek franchise in the new season of Star Trek: Picard on Paramount+.

Burton, 65, is one of six actors from Star Trek: The Next Generation reprising their roles from the beloved show on Picard, which stars Patrick Stewart as Jean-Luc Picard.

In a statement, showrunner Terry Matalas said, “It’s most fitting that the story of Jean-Luc Picard ends honoring the beginning, with his dearest and most loyal friends from the U.S.S. Enterprise. It would be an understatement to say that giving these characters a proper send-off is an honor. The entire Star Trek: Picard team and I can’t wait for fans to experience this final, high-stakes, starship-bound adventure in season three!”

The post LeVar Burton to appear in ‘Blindspotting’ season 2 appeared first on TheGrio.