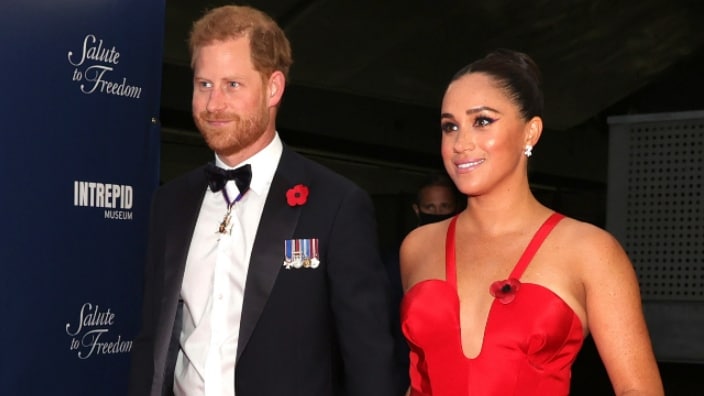 The couple quietly arrived in England this week and stopped by Windsor Castle to spend time with the 95-year-old queen.

The duke and duchess of Sussex quietly returned to the United Kingdom to visit Queen Elizabeth II for the first time since leaving and stepping down from their royal duties.

The series is produced by Archewell Audio.

The famous pair also manage the Archewell Foundation, “an impact-driven global nonprofit that puts compassion into action; uplifting and uniting communities locally and globally,” according to its website.

Queen Elizabeth II moved from Buckingham Palace to Windsor Castle after a COVID-19 diagnosis in February. A report from Reuters said that she spoke to health care workers in England earlier this month where she said, “It does leave one very tired and exhausted doesn’t it, this horrible pandemic?”

She maintained that her own battle with the virus was “obviously a very frightening experience.”

The duke and duchess of Sussex stepped back from duties as senior members of the royal family in March 2020. As of then, they no longer take public funds or protection for their lives and no longer use the HRH titles. However, Prince Harry remains the sixth in line for the throne.

They did a sensational interview with Oprah Winfrey since recarving their roles, revealing that some of the personal attacks on Markle were race-based.

The post Meghan Markle and Prince Harry return to U.K. to visit Queen Elizabeth for first time since departure  appeared first on TheGrio.