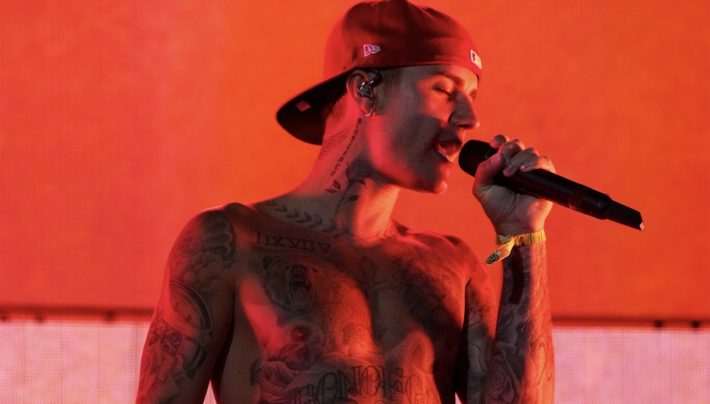 Daniel Caesar undertook quite a difficult task for this year’s Coachella — he performed right before Harry Styles took the stage.

Bieber brought his smooth vocals to the Indio, Calif., stage, rocking a Phillies baseball hat, no shirt and low-slung sweatpants to run through his signature chorus and verse. “Give it up for my friend Justin Bieber, man!” Caesar said to wrap up the performance.

While Giveon is slated to perform Saturday at Coachella and is also featured on the Justice single, the R&B singer didn’t join Caesar and Bieber for “Peaches.” It remains to be seen whether Bieber might pop up during his set as well.

While Bieber hasn’t ever been on the Coachella lineup, he previously joined Ariana Grande during her weekend 2 set at the festival in 2019 to perform another of his eight No. 1 Hot 100 hits, 2015’s “Sorry.” Caesar previously performed at Coachella back in 2018.

Bieber, Caesar and Giveon joined forces at April 3’s Grammys to perform the song live for the first time all together. “Peaches” was up for record and song of the year at the 2022 Grammys, among other prizes, but Bieber left empty-handed from his eight nods for the night.

Next up at Coachella: Harry Styles will take the main stage as the Friday night headliner.

Justin Bieber and Daniel Ceasar share a hug at the end of their “Peaches” performance at #Coachella pic.twitter.com/BSkeuRByFx

The post Justin Bieber Joined Daniel Caesar For A Performance Of ‘Peaches’ At Coachella 2022 [Video] appeared first on LOVEBSCOTT.