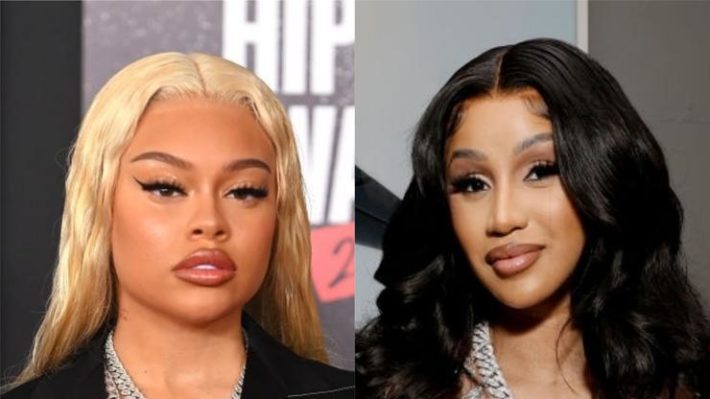 Latto gave a major shoutout to Cardi B during a recent interview with Audacy, admitting that seeing the Invasion of Privacy rapper perform in 2018 inspired her to improve her own concerts. Latto is currently on tour to promote her newest album, 777.

Latto is currently on the road in support of her second album 777. It’s a project that she released earlier this month with features from Lil Wayne, Childish Gambino, 21 Savage, Kodak Black, Nardo Wick, and Lil Durk. 777 has been praised by fans and critics alike since its release which has many calling it a sharp improvement from her 2020 major-label debut Queen Of The Souf. The success of Latto’s second album can be seen through her performances on tour, and during a recent interview, she explained what pushed her to improve her live sets.

“I did Rolling Loud Miami in 2018ish…I was one of the openers,” Latto said to Audacy. “It was 3 p.m. hot as hell and I waited all the way to the end for Cardi B to perform and I stuck around in the hot sun and I was like ‘nah, I gotta see Cardi perform,’ and I just seen her like put on a show. Like, it was actual entertainment. Dancers, choreography.”

She continued, “She really had me entertained to where I wasn’t caring about the heat or standing on my feet all day. I was entertained. So I took that and ran with it like ‘you know what? I wanna put on a show too.’”

You can watch Latto’s full interview with Audacy in the video below.

The post Latto Says A Cardi B Performance From 2018 Inspired Her To Improve Her Own Shows [Video] appeared first on LOVEBSCOTT.