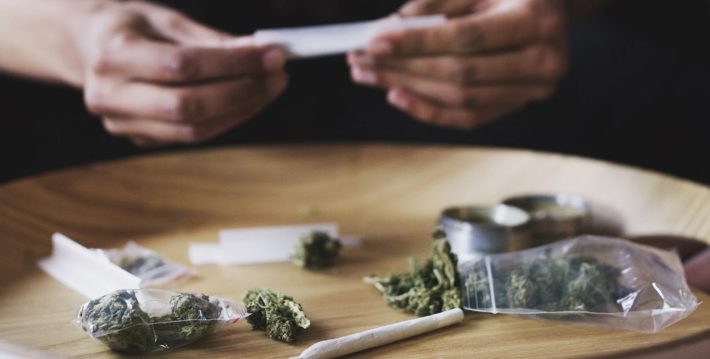 New Jersey police officers will be allowed to purchase and consume marijuana once it’s officially and legally for sale, just like any other potential customer, under the legal weed laws passed last year.

New Jersey Attorney General Matthew Platkin announced this week that off-duty officers will be permitted to purchase and consume cannabis under the state’s new marijuana laws. Platkin’s detailed the policy in a memo sent to New Jersey police departments on Wednesday, about a week before recreational weed sales begin in the state.

“[Departments] may not take any adverse action against any officers because they do or do not use cannabis off duty,” the memo read, a reported by the Asbury Park Press. “An employee shall not be subject to any adverse action by an employer solely due to the presence of cannabinoid metabolites in the employee’s bodily fluid.”

“There should be zero tolerance for unregulated marijuana consumption by officers at any time, on or off duty, while employed in this State,” the memo continued. “The safety of our communities and our officers demands no less. Law enforcement agencies shall continue to maintain a drug- and alcohol-free workplace, which prohibition includes marijuana/cannabis whether regulated or illicit.”

Shortly after New York legalized recreational marijuana last year, the New York Police Department announced it was prohibiting officers from consumer the drug … even when they’re off the clock.

“With regard to recently passed state legislation that legalized the recreational use of marijuana, uniformed and civilian members of the service are reminded that the use of marijuana is still strictly prohibited,” read a 2021 memo, which was issued by the NYPD medical division. “All existing patrol guide procedures regarding its prohibition as well as drug screening procedures remain in effect. Members are reminded that they must be fit for duty at all times. Members who are found unfit for duty or who fail a drug screening test are subject to suspension and/or termination at the discretion of the Police Commissioner.”

Starting on April 21st, adults ages 21+ will be able to legally purchase cannabis and cannabis products without a medical card.

This is a historic step in our work to create a new cannabis industry. Learn more: https://t.co/MsSRlUBPZ8.