Offset Calls Blended Family with Cardi B a ‘Blessing,’ Says She Treats His Kids Like Her Own 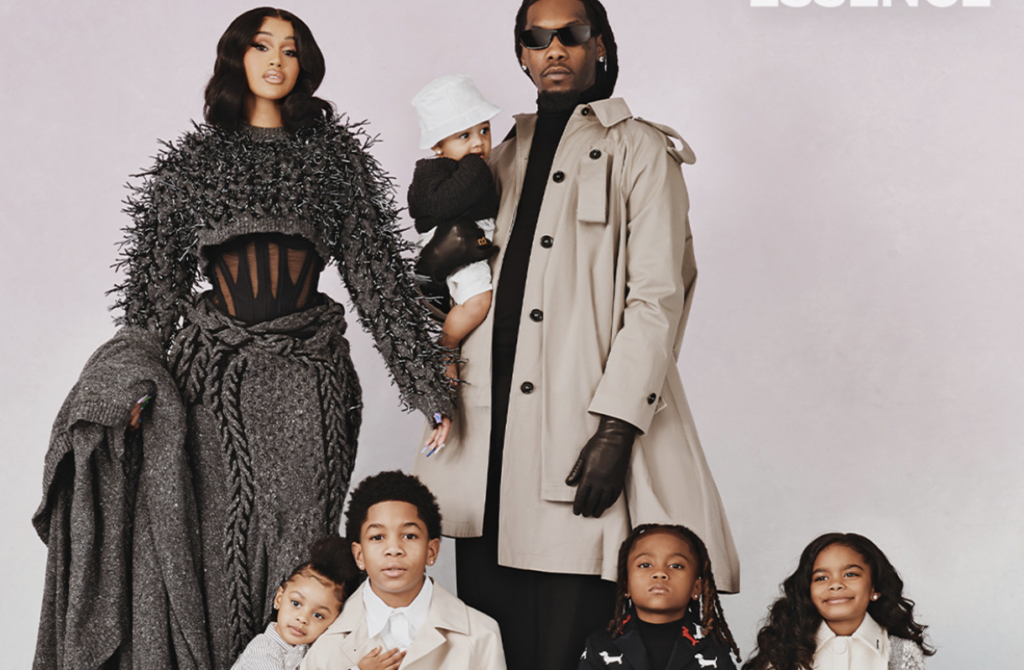 In the latest issue of Essence, Offset opens up about how Cardi B embraces her role as a stepmother.

Offset and Cardi, 29, are parents to daughter Kulture, 3, and son Wave, 7 months. Offset is also dad to daughter Kalea, 7, and sons Kody, 7, and Jordan, 12, from previous relationships.

Offset told the outlet that it’s been a “blessing” having Cardi take his kids under her wing and see their family blend together so well.

“It’s a blessing to be able to have them all together, and to have a wife who’s open and treats them as if they’re her kids,” he said. “It could be an issue, but I don’t have to go through that, and that’s beautiful.”

Offset referred to their home as a “safe house” before Cardi, who wed Offset in September 2017, expressed love for the “beauty” of their family.

“I feel like sometimes people go into a relationship with a man or a woman who has kids with negativity — and I feel like people should embrace it, and love it,” said the “I Like It” rapper. “I love our family, and I wouldn’t want it any other way.”

She also shared with Essence that she hopes she remains close with her stepchildren just as much as her own.

“After we got married, that’s when I first met his kids,” Cardi said. “I always wanted them to love me, and they really do. They tell me that. I feel it, and I hope that we always have a great relationship.”

Earlier this week, the couple announced the name of their 7-month-old son, whom they welcomed on Sept. 4, and shared the first photos of their little boy.

Offset also introduced Wave to the world with an adorable picture of the infant cutely beaming at someone off-camera, wearing a handful of blinged-out necklaces. “WAVE SET CEPHUS,” Offset captioned the photo.

Following the big reveal, Cardi tweeted that Offset was the one who came up with the baby’s moniker. “When Set suggested Wave, I was sold! THAT HAD TO BE HIS NAME !” she wrote on Twitter alongside a video of a piece of jewelry that spelled out his name.

After all the sh*t Offset put Cardi through, he needs to count his blessings every day.

The post Offset Calls Blended Family with Cardi B a ‘Blessing,’ Says She Treats His Kids Like Her Own appeared first on LOVEBSCOTT.