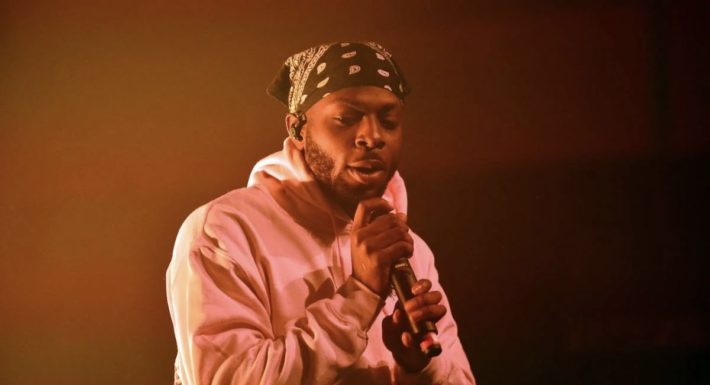 Last year was a great year for Isaiah Rashad. After nearly five long years, he returned with his sophomore album The House Is Burning. Thanks to features from Lil Uzi Vert, Jay Rock, SZA, 6lack, Doechii, and more, The House Is Burning stood out as one of the better rap projects in 2021. This year was supposed to be an even better one for Rashad, but things took an unexpected turn when his alleged sex tape was leaked. The incident was another example of social media’s cruelty, but through it, the good side of it was shown as a large number of fans made sure to send him love after the leak.

Rashad held his first performance since the leak at this weekend’s Coachella festival and it’s here that took the opportunity to respond to the alleged leak. He did so through an introduction video that he played before beginning his set. “The purpose of doing that was to embarrass him,” a voice in the video said. “However, it backfired. When his video leaked, his streams and everything went up. He’s up on the charts now.” The video also featured clips from The Game, Joe Budden, Akademiks, and more

He would go on to play highlights from The House Is Burning like “RIP Young” and “Headshots.” Rashad also brought out Doechii for “Wat U Sed” and her new song “Crazy” and SiR for a performance of “Rope // Rosegold” from The Sun’s Tirade.

“I see all the messages and all that sh*t, all the positivity,” Rashad said before closing his set. “Y’all n****s done kept me alive these last couple months.”

You can watch the video from his Coachella set below.

Isaiah Rashad thanks fans for all the support at #Coachella

“I see all the messages and all the positivity… Y’all kept me alive these last couple months.” ??

really happy to see my guy out at coachella pic.twitter.com/HkZlCx0Jlj

The post Isaiah Rashad Responded To His Alleged Sex Tape Leak During His Coachella Performance [Video] appeared first on LOVEBSCOTT.