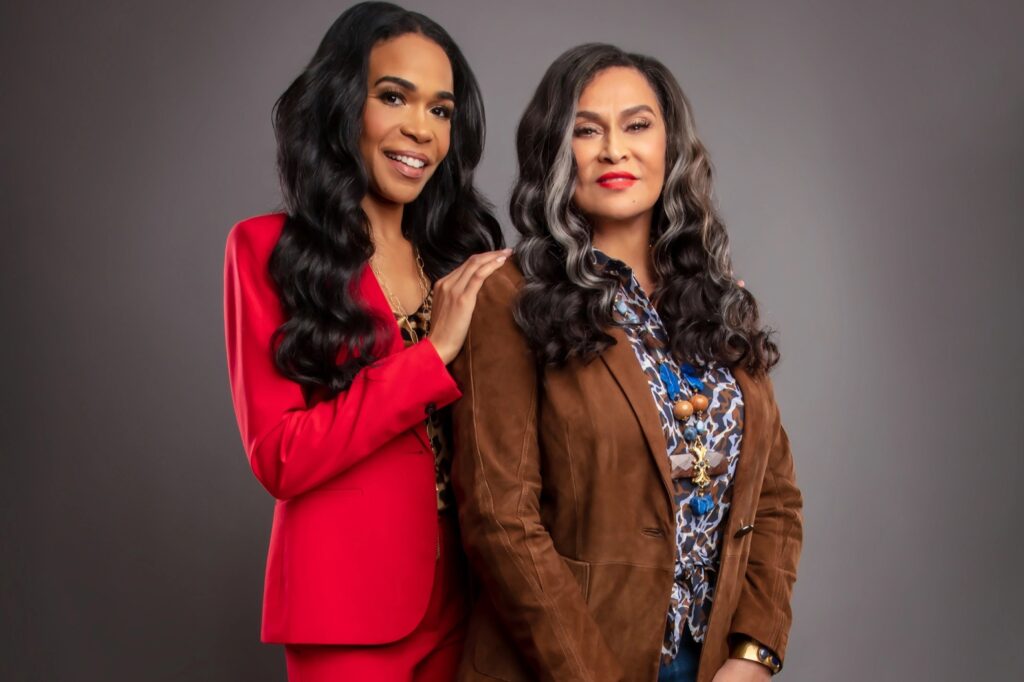 In the film, she plays the role of Chastity Jeffries — a singer lawyer focused on her career and making partner until she meets who she thinks is the perfect guy.

Ahead of the film’s premiere, Michelle spoke with the New York Post and answered some burning questions — including if there’s a Destiny’s Child reunion on the horizon.

Check out some excerpts:

Your character is a professional woman who’s very successful and focused on her career. Did you relate to Chastity and notice any parallels between your life and hers?

Absolutely. I’m officially single. I found myself resonating with her in a lot of ways. You hit the nail on the head about looking for love [and] wanting love. Maybe you don’t make the right choices in love, but you’re making the right career moves. And how many women can possibly relate. You’re killing it in career, but the love thing ain’t quite balancing out.

What was your experience working with Tina Knowles, who plays your mom, Sarah, in the film?

It was beautiful to work with Miss Tina because she’s been like a mother, a nurturer and a protector of me for 22 years. And so when we got on set, we just looked each other in the eye, and it was just kind of natural for us to do what we do. I mean, there were moments in my life where Miss Tina has had to console me like a mother would. She’s had to give me advice like a mother would. So actually, when they mentioned her name, when I got the phone call about doing the movie, she’s the reason why I said yes. We knew with the mention of each other’s names that this is going to be great to do.

Did you talk with Beyoncé while filming with her mom Tina?

Myself, Beyoncé and Kelly have our group chats and I was texting the girls like, “Yo, mom is killing it!” So it was just really a joy to still have a sisterhood [and] relationship all of these years.

The chemistry between you, Kelly and Beyoncé is undeniable. Why do you think the chemistry and sisterhood has survived for so many years after Destiny’s Child ended?

I would say true love. Those are my soulmates to the point where, you know, I saw Beyoncé the other day and I walked in and we have on the same shoes, the same jeans, the same colored top. And a friend of hers was like, “Are y’all about to go perform or do something?” It happens all the time. Go back to her “Lion King” premiere a couple of years ago. We didn’t plan to be kind of dressed in the same color schemes, it’s just that we are forever connected.

Is there a chance that Destiny’s Child will reunite?

I wonder if it’s on our mind, but it never comes out of our mouths. As naturally as we talk about so many other things, when the time is right, it will naturally come up in conversation somehow. We have fun together when we do decide to work with each other in that capacity. I don’t think either of us is opposed to it. It’s just, what’s the right opportunity? But I will say we haven’t had an official album out together in 17 years and for the questions to be asked now is really kind of awesome. It makes me reflective of the obvious impact that we must have been made on the world.

Your character Chastity is a fighter. Did you learn karate for the film and have you ever had to kick some butt in real life?

Listen, I definitely had to learn some karate. There were definitely professionals around us to make sure that we could do what we needed to do. I’ve only been in one fight in my life. I mean aside from the occasional spats that I’ve had with my blood sister — not me and Kelly, my singing sisters have had no fights, ever. But I remember growing up I was at Vacation Bible School fighting. What kind of heathens were we to be fighting at church? That’s the only fight I’ve ever been in. But I stay out of trouble, if not there is security that’s paid to do what they got to do. But thank God, even security has never had to rough nobody up.

At the end of “Wrath” Chastity says “only six more deadly sins to conquer.” What deadly sin does Michelle Williams still need to conquer?

I would say pride, because pride seeps in when you least expect it. Pride is beyond, “Oh, I’m proud of myself.” Pride is even how you say something. What seat are you sitting in when you say something? Are you saying it to look down on somebody because you have more experience and you think your way is better? I actually found myself apologizing to someone some weeks ago saying, “I’m so sorry. I believe I let some pride slip in the cracks.” And I think as I get older, I’m able to recognize and apologize quicker for certain things or how you say something is not what you say. Sometimes it’s just how you say it or the seat in which you say it from. Pride really is the beginning. It comes before the fall, so I really, really have to check pride.

Speaking of falls, one of the most infamous moments in your career was when you tripped during a “106 and Park” performance. Did you expect that moment to become such a powerful meme/GIF of female empowerment and perseverance?

That was 18 years ago. You fall and you get back up. No one is perfect. You’re going to have some slip ups. Some slip down but make it synonymous with the times you may have failed in a relationship, you failed in a career, you failed in an opportunity, but you found a way to learn from it and you made some corrections and you got back up and you killed it.