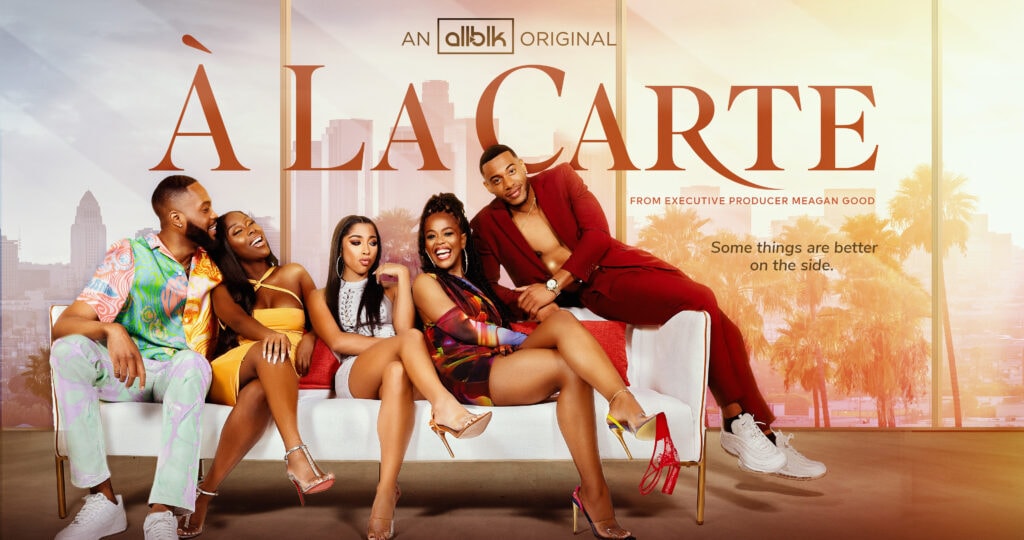 The show is executive produced by Meagan Good and Dijon Talton

Get ready for your new favorite series! ALLBLK has dropped the trailer for their new show,  À La Carte, a scripted millennial dating series from executive producers by Meagan Good and Dijon Talton.

The exciting new dramedy series comes from the mind of Breanna Hogan, and centers around the experience of the Black millennials in the dating world. The story specifically follows one girl’s “journey to the place she never thought she’d end up – on the side.”

The series premiere is set for Thursday, May 12, on ALLBLK.

The series, which has been described as a mix of Insecure, Girlfriends and Sex and the City, was first announced in November of 2021. In a statement obtained by Deadline at the time, Brett Dismuke, General Manager of AllBlk & WEtv shared in a statement, “Tales of the dating scene today are ripe for great storytelling, and the plot of À La Carte is a tale that is sure to ignite passionate conversations and fiery debates among friend circles everywhere.”

The fiery new trailer for the series seems to make good on this promise, with one Mahogany Rose (played by Pauline Dyer) asking, “when are men gonna realize we are the table, and stop asking, ‘what do we bring to it?’”

The clip then teases plenty of steamy and dramatic clips within the friend group. Rose later asks towards the end of the super-tease, “Why can’t I have love and a good time?”