‘Basketball Wives’ Renewed For Season 10 At VH1, Premieres May 16 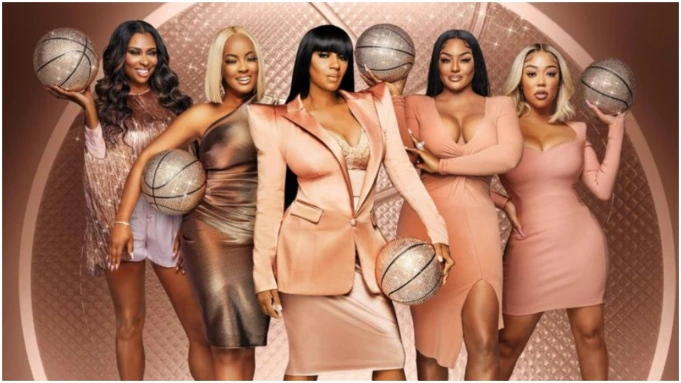 Basketball Wives is coming back for its 10th season on VH1.

Created by Shaunie O’Neal, the former wife of NBA legend Shaquille O’Neal, the 10th season will see the return of veteran cast members Jackie, Malaysia, Jennifer as well as the likes of Brandi, Angel, Duffey, Brooke and Brittish.

Jackie continues to dive into her career with her podcast, film producing and acting, while celebrating her 26th wedding anniversary with Doug. Malaysia has a family emergency that forces her and her children to move to LA. Jennifer is looking for love with Jelani, but when her past comes back to haunt her, it might take time before she can take things to the next level with him. Brandi is back, and her food-truck business is on the horizon, but a potential health scare threatens to disrupt her happiness. And Angel has a successful clothing line, burgeoning relationship, a new baby on the way and seems to be living a fairytale life — or is it?

Duffey is engaged with a newborn baby girl and contemplates giving up DJing to pursue her dream of recording her first music album. Brooke loves her life with her new husband and their blended family. As they consider extending the family, they realized that IVF may be their only option. And Brittish returns to the series and focuses on establishing her business, but unfortunately her past catches up with her.

“I cannot say how proud I am to have created and produced such a successful television franchise with VH1,” said Shaunie O’Neal. “Basketball Wives has gone above and beyond my wildest dreams. How awesome is it to say, ‘Tune in to Season 10? 10?!’”

The post ‘Basketball Wives’ Renewed For Season 10 At VH1, Premieres May 16 appeared first on LOVEBSCOTT.