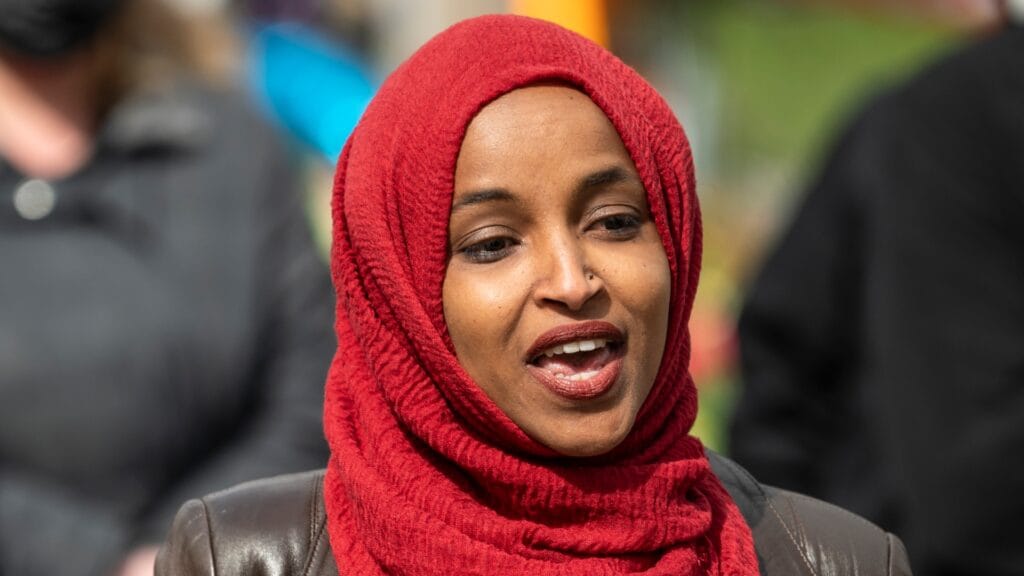 Rep. Ilhan Omar is catching heat from several Republicans for appearing to mock a Christian group singing spiritual songs aboard a plane.

“Are you ever happy or is petty just your default setting?” tweeted one user to Rep. Omar.

Miss Iraq, Sarah Idan, replied, “If someone yelled Allahu Akbar I’d freak out, YOU’d freak out and ANY Muslim would freak out given the fact we still have many radical Islamists in our religion (Hizbollah, ISIS, Muslim Brotherhood , Hamas etc) all would love to hijack a plane for another 9/11 who we kidding.”

“Why do you hate Christians, Ilhan? If the freedom of religion we enjoy here in America disturbs you, feel free to pack your bags and head back to Somalia, Sudan, or wherever you’re from. Take your brother with you,” tweeted Georgia congressional candidate Vernon Jones.

In a tweet, GOP Florida congressional candidate Jose Castillo said if Omar “wants a country where Christians aren’t allowed to do the same [Omar] should go back to her own country,” referring to Somalia, where she was born.

Meanwhile, some on Twitter came to Omar’s defense — including former Congressional candidate and Air Force pilot Buzz Patterson, who tweeted, “I spent decades flying in the Middle East. We weren’t even allowed to bring Bibles into the countries or worship. This sort of impromptu singing would turn into arrests and imprisonment. I’ll celebrate our freedoms here. You do you. @IlhanMN”.

Author John Pavlovitz commented, “@IlhanMN is right and the only people angry about her statement are the professed Christians building a hateful theocracy here in America: one that vilifies and demonizes anything but white expressions of the most Conservative Christianity. Her words trigger and expose them.”

Omar re-tweeted journalist Ernest Owens in her response to the critics.

Owens shared the lawmaker’s original post of the video along with the caption “A point was made.” In her retweet, Omar wrote, “And the original snowflakes had a complete and glorious meltdown.”