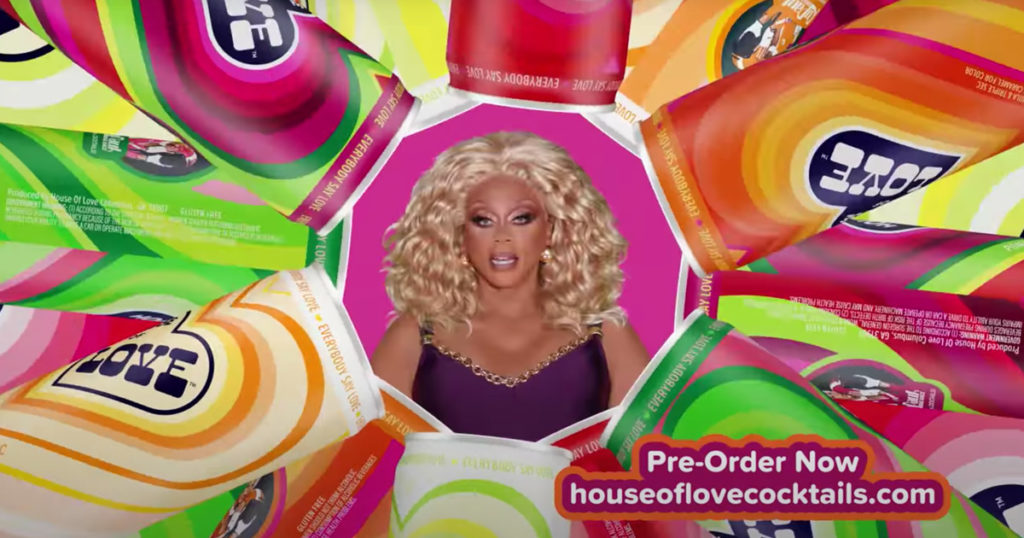 The minds that brought you RuPaul’s Drag Race have now launched House of Love, a new line of canned cocktails and mocktails — just in time for summer!

World of Wonder founders and RPDR producers Randy Barbato and Fenton Bailey, who teamed up with RuPaul Charles for the drink brand, told Adweek that the move into branded merchandise was “a long time coming” and a “natural extension” of the ever-growing TV franchise.

“It’s always been about a bigger idea — it’s more than a drink that tastes good, it also feels good and it sends out a message, like Ru has always said, ‘Everybody say love,’” Barbato explained. “It sounds like we’re sipping from our own cocktails, but we sort of are.”

“There’s no such thing as a side hustle — life is a hustle,” Bailey added. “We see this launch as a full-blown business with merchandise drops and immersive experiences. We’ve all been used to thinking of things in silos, and one of the joys of creating today is that you can do it in lots of different ways.”

The drinks are available in four-packs for $17.99, as well as 24-can “Viewing Party” boxes, which come with 30-day all-access passes to the production company’s streaming platform World of Wonder Presents Plus as well as House of Love merchandise flash sales.

“Charisma, uniqueness, nerve, and talent never tasted so good,” Charles, 61, said in a statement. “We put a little bit of love in every can.”

The House of Love cocktails and mocktails are available for pre-order houseoflovecocktails.com. We can’t wait to try them!