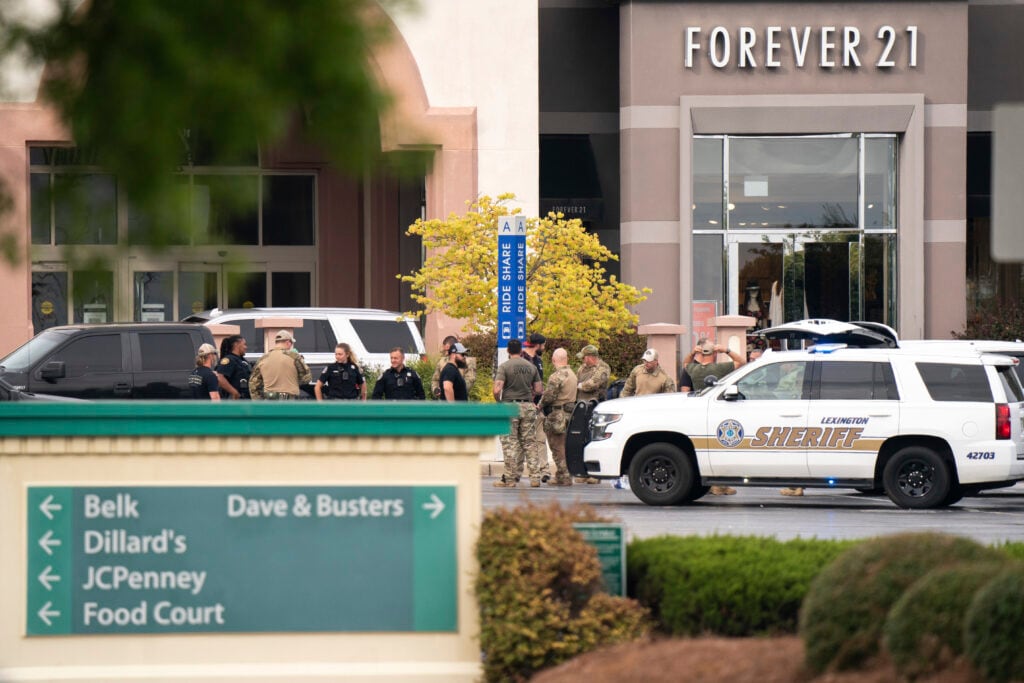 A shootout outside a popular mall in Columbia, S.C. left 15 injured. A search is on for a third suspect

Police in South Carolina have announced the arrest of a second person in a shootout inside a busy shopping mall in the state’s capital, one of two mass shootings that rocked the state over the Easter holiday weekend.

Nine people were shot and another six injured in the rush to exit Columbiana Centre in Columbia, authorities said, with no fatalities reported. Holbrook said one person remained in the intensive care unit Monday.

Police said they did not believe the shooting was a random attack and that the three identified suspects knew each other. Holbrook said the men brought guns into the mall, with police seizing two handguns believed to be used in the shootout.

“Emotions took over, you had firearms that were introduced into the dispute, gunfire was exchanged and innocent people got injured in the crossfire,” Holbrook said.

The first person arrested in the shooting, 22-year-old Jewayne M. Price, was one of three people initially detained by law enforcement as a person of interest. Price’s attorney, Todd Rutherford, told news outlets Sunday that his client fired a gun at the mall, but in self-defense. Rutherford said Price faces a charge of unlawfully carrying a pistol because he legally owned his gun but did not have a permit to carry a weapon.

Price now also faces an attempted murder charge and nine counts of aggravated assault and battery, police said. He was in the Lexington County jail as of Monday.

Columbia police previously said on Twitter that a judge agreed Sunday to let Price leave jail on a $25,000 surety bond if he remained on house arrest with an ankle monitor.

Robinson is scheduled for a bond hearing Tuesday morning, according to police. Authorities have asked the public for help locating Smith, 21, of Columbia, who is also facing a charge of unlawfully carrying a pistol.

Three mass shootings in the U.S. over the Easter holiday weekend capped a monthlong spate of gun violence across the nation.

In South Carolina, at least nine people were shot early Sunday at Cara’s Lounge in Hampton County, according to South Carolina’s State Law Enforcement Division. No one was reported killed in the violence at the nightclub.