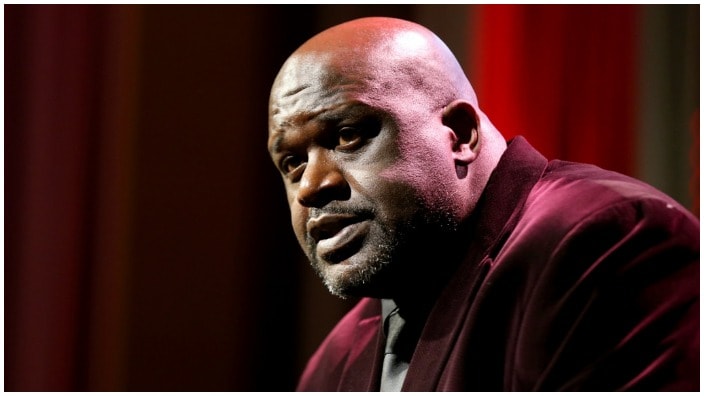 The Louisiana boy had just started preschool, his family said.

Shaquille O’Neal has stepped up to cover the funeral costs for a Louisiana boy who was killed by a stray bullet while sleeping in his bed.

As reported by PEOPLE, the tragedy occurred on April 12 when a bullet from a shootout outside the home of preschooler Devin Page Jr., 3, ripped into his room. The boy had just started preschool, his relatives said. O’Neal contacted the heartbroken family directly about his generous offer to pay for the child’s funeral. Watch the Twitter clip below.

“I’m so sorry for your loss. Me and a pastor friend are going to take care of everything,” O’Neal said over FaceTime footage obtained by WBRZ, PEOPLE reported. “I’m so sorry.”

“He was a great, a very smart, intelligent 3-year-old. He was always happy, you know he loved the dance, he loves school, he loves green, he loves trucks, he loves everything,” his mother, Tye Toliver, told  WAFB.

“Until it happens to you, until the gun is shot at your house, you know, until the bullets come through your window, you don’t get involved. You have nothing to say. But you don’t want this feeling that we have right now,” said the child’s grandmother, Cathy Toliver.

The family said they considered leaving their home after hearing gunshots several nights in a row but the move would be more than they can afford financially.

“After the first couple of weeks I was trying to move out because of the neighbors because of the drama, it was always fighting. They were shooting at each other with guns,” Toliver said.

“I try to stick it out. Now that I stick it out, this is the outcome of what happened,” Toliver told KWTX. “My son got killed.”

With no suspects in custody, the family is now demanding justice.

“I want something to be done. I want the killers firsthand, I want justice for my son,” the mother said.

“It’s the only way we’re going to find strength right now is by the grace of God and with family and friends. you’ve got to keep hope alive and we are going to continue to fight for our grandson,” the grandmother added.

The family has set up a GoFundMe memorial fund to honor Page Jr. The campaign page describes him as a “gentle, energetic young boy who loved his family dearly.”

“He was the light of their lives. Because of a senseless act, Devin’s life was taken unexpectedly on April 13. His family is kindly requesting assistance with preparing for his homegoing service,” the family said.

“If you have beef with anybody or have an issue or a problem with anybody, go to that person and deal with that person directly. Don’t just be out here shooting and just shooting at the air because bullets don’t have any names on it, and bullets fly everywhere, and it just so happens that one of them hit my son,” Toliver said.